Jael says: “What if Lu wants to propose in your photo shoot?”

Abigail says: “Then what better time than while I have a camera in my hand.”

For as long as I can remember I have been imagining the day my cousin Jael would find the man of her dreams and he would ask her to marry him. And now there is Lu (Ludgeor). When the time was right he walked back into her life and it was as if a storm had blown her away. She was a different Jael. Gone were the days of third wheeling and hugging tacos. No more cheesy Jael cutting pictures of herself and inserting them on images of me and D making fun of ‘our love’. Jael found her person. The one that she was happy to talk about and excited to see every time. I can’t recall exactly when it was he approached me and we began planning this very important day… the day he would propose to my pooch Jael, the woman of his dreams.

November 2016, that’s how long we had been keeping it all a secret for. I don’t know about you, but it’s so hard for me to keep happy news to myself. Every day I would see her I wanted to say: YOU’RE GOING TO LOVE YOUR RING! But I did not. I waited. And right about a month ago I began plotting how I would fool her into being with me the day he had decided would be it. I came up with a photo shoot idea… something I knew she would not see as a questionable activity since I’m always telling her “Jael, I want to go shoot here – or there.” This photo shoot would serve the purpose of taking new headshots for the website, post material and group photos of us snapping each other all for the sake of “my website.” She was all in and not suspecting a thing until the week before when she thought her boyfriend would be around then.  That was when she sent me that above message. I FREAKED… but we already had planned a way to throw her off the trail by planning a surprise visit. ( Jael and Lu live two hours apart. )

That Wednesday Lu and I went to the park he had decided he wanted, Tree Tops Park, to pick the spot. There were several areas that caught his attention, but ultimately he said I should pick the one I thought would look the best and I trusted my gut that the lake would be it. All week I couldn’t sleep imaging how it would be and all the things that could go wrong and spoil the surprise. But there we were on Saturday… day of. Excited as can be. It was time to get Jael ready.

Once she started dating Lu we started talking about what she would like her proposal to be like, her engagement sessions, her wedding… one of her wishes was that the proposal was in private. Not in front of everyone in a crowd or at a restaurant. She also had mentioned that she wanted me there to photograph the moment and somewhere nearby, her best friend Jailyn. This was all very easy since it meant I would just have to organize some kind of girl’s date. This “photo shoot” was just that for her now, a girls date to take pictures together at the park. Off we went (about two hours late) to Tree Tops Park to shoot my website photos.

That is how we got her there without a clue. This is what we did for two hours before she would say: Yes! Because I was determined to make her believe we were actually there for pictures of ourselves. Everything that happened in between (all the mishaps) added to the story of our day and to further making this all about celebrating our friendships and each other. 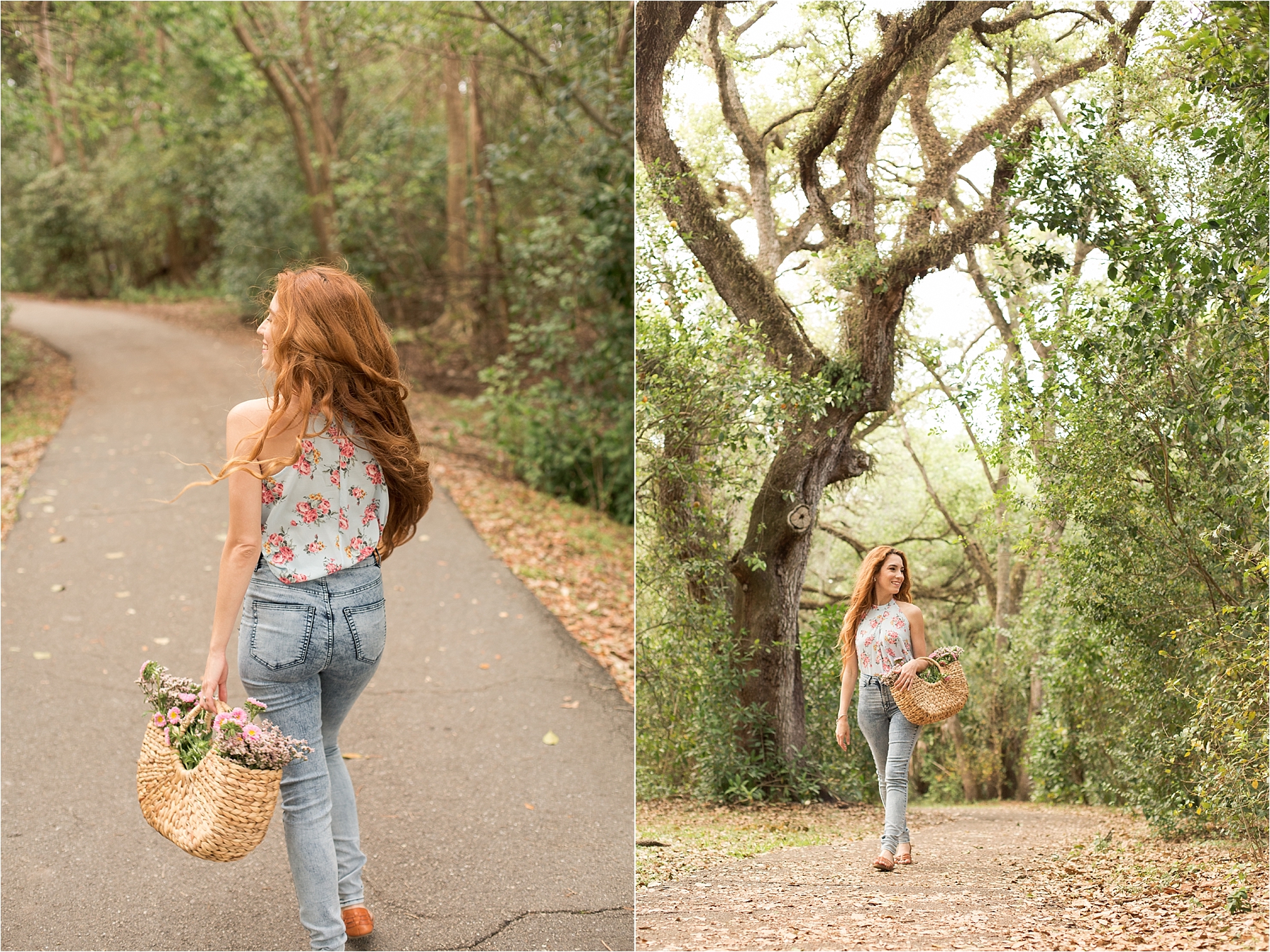 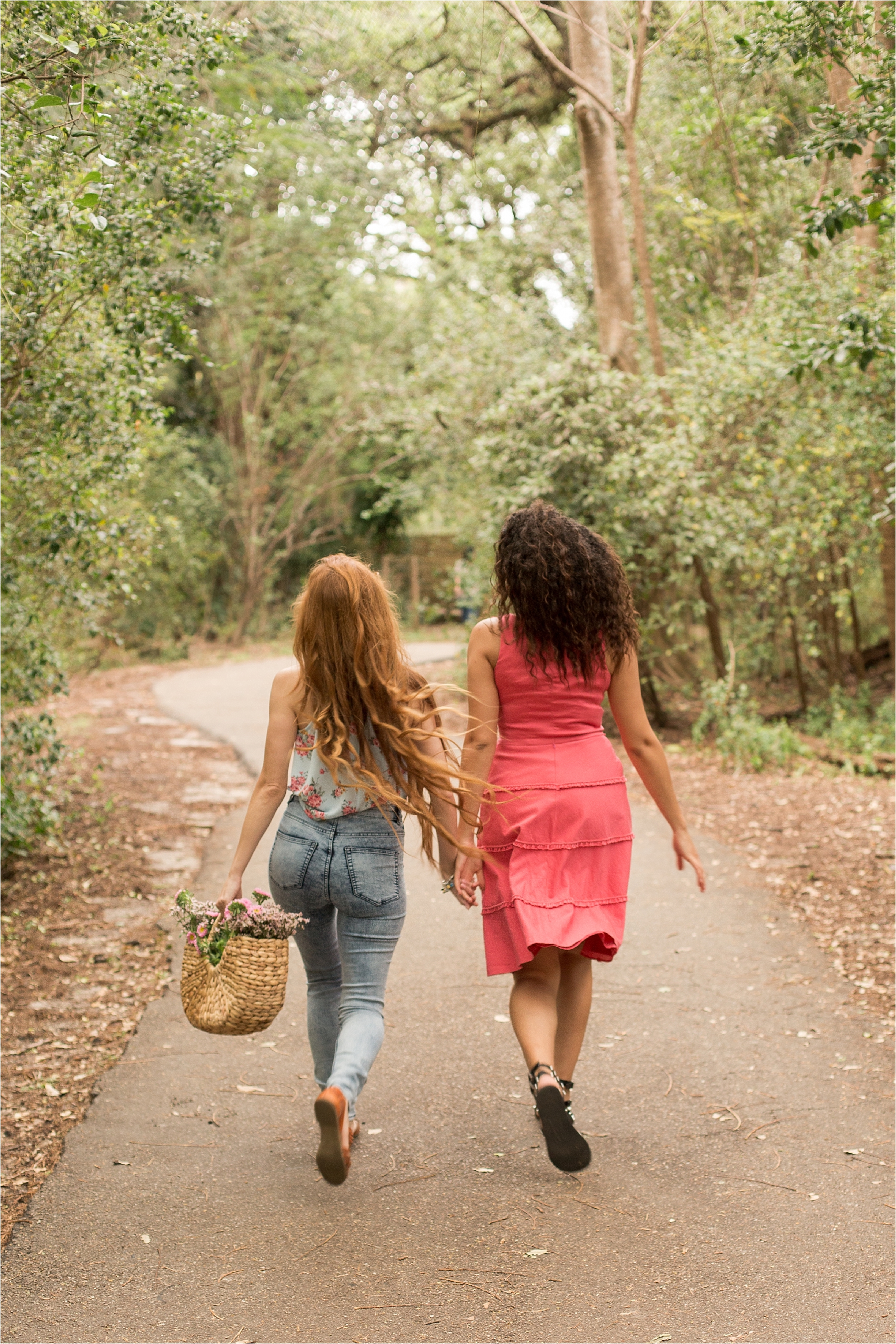 Love that one above.. I know it was her proposal day, and we will always remember it as that, but we also had fun together. The moment we arrived at the park it started to rain. We quickly thought of going back to the car after just a few shots and then while doing one of my weird shooting stances I ripped my skirt (some of you might of caught that on Insta-stories). There she was to help cover me as I waddled to the car. Making fun of it all along the way.

A major distraction for all the nerves Jay and I had going on was their new puppy, Chloe. Every time I felt anxious it was time to cuddle the little munchkin. 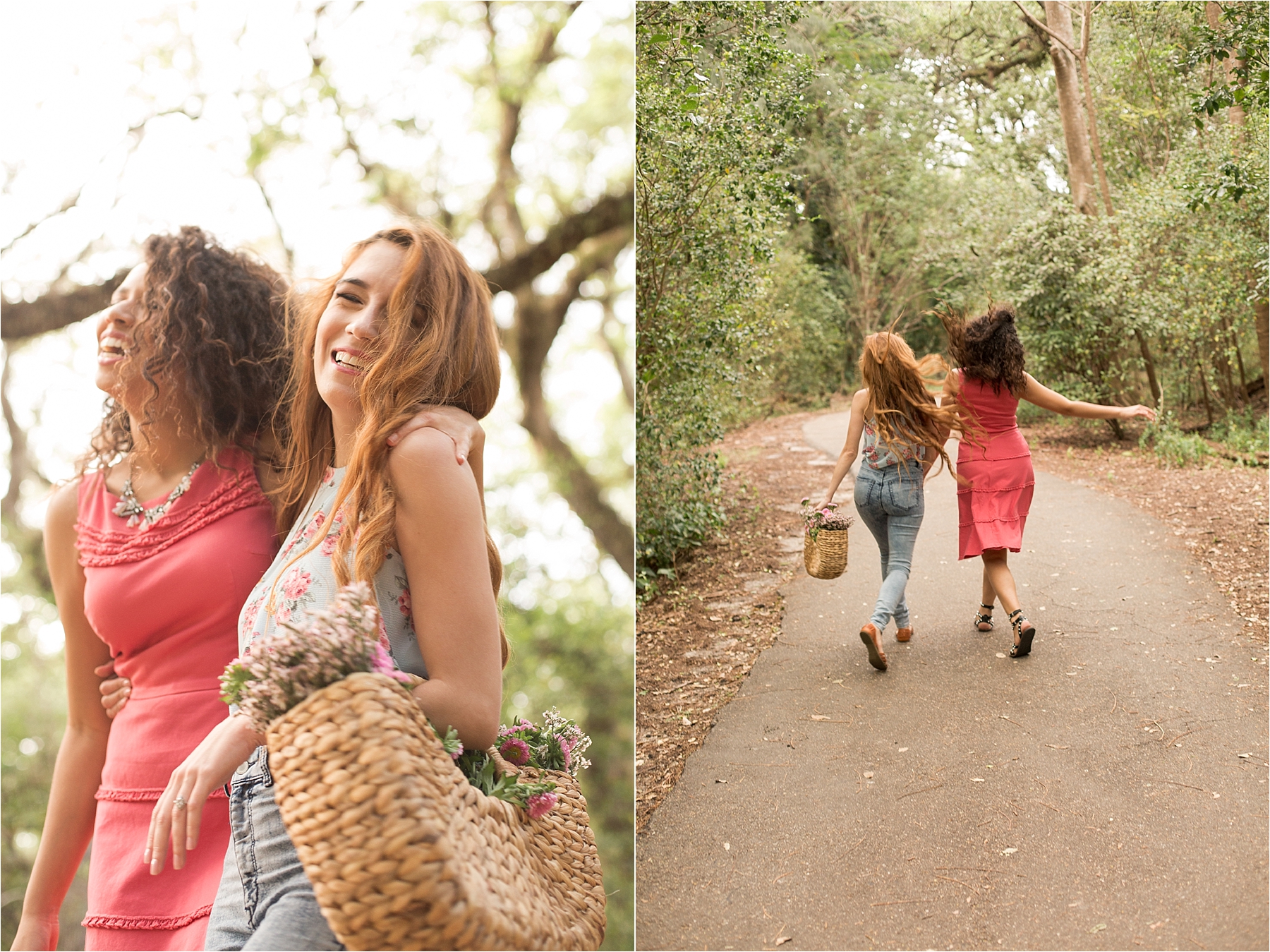 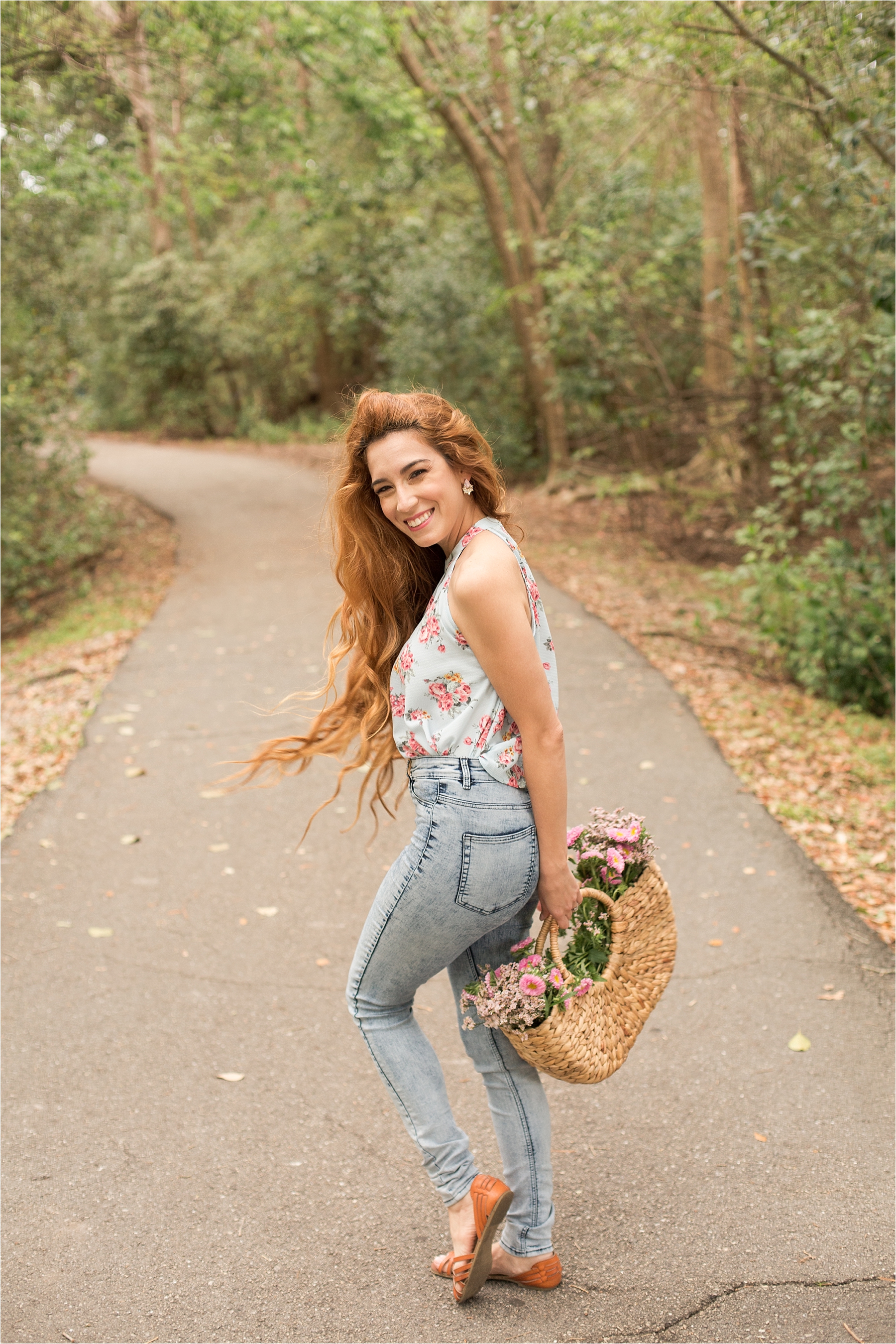 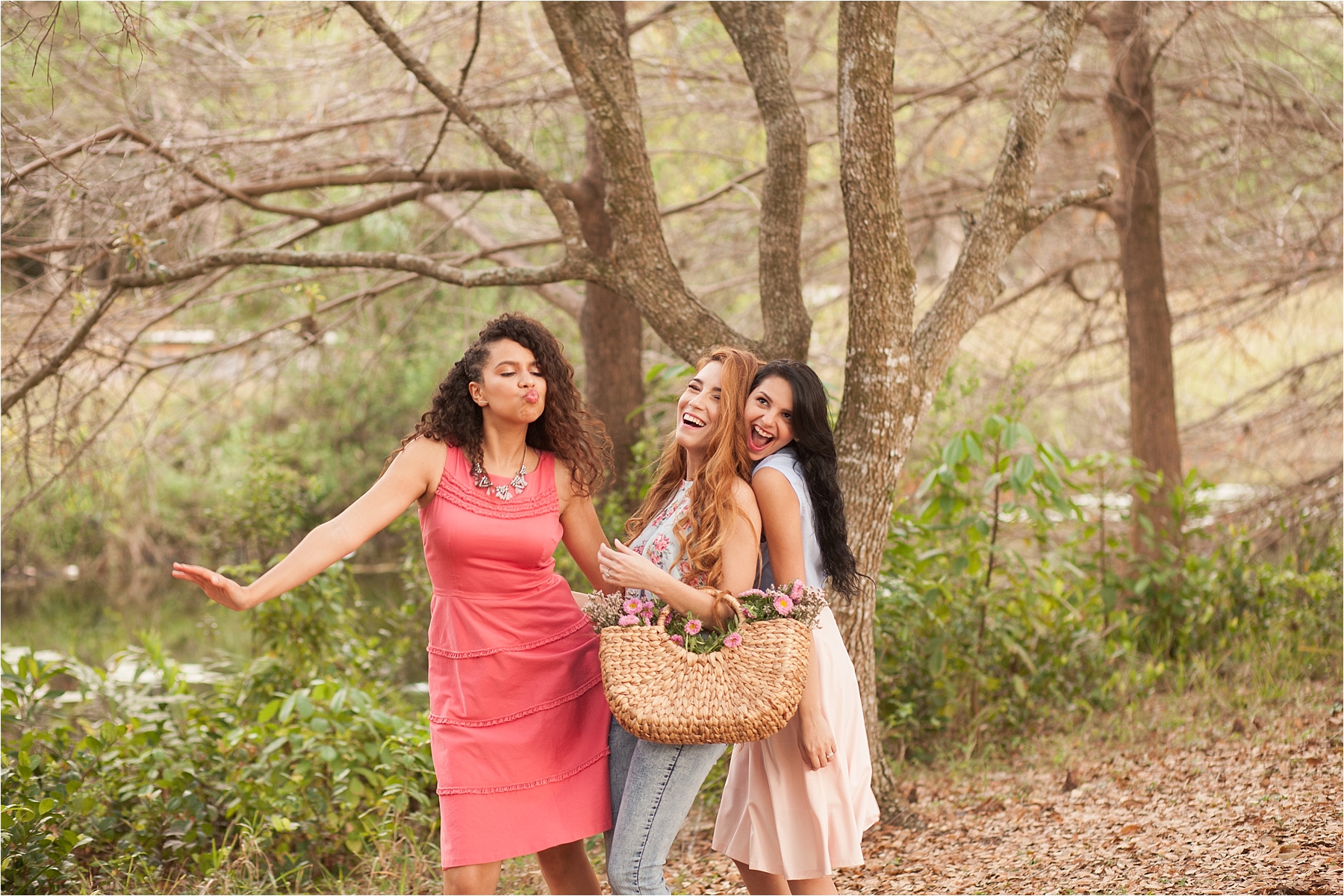 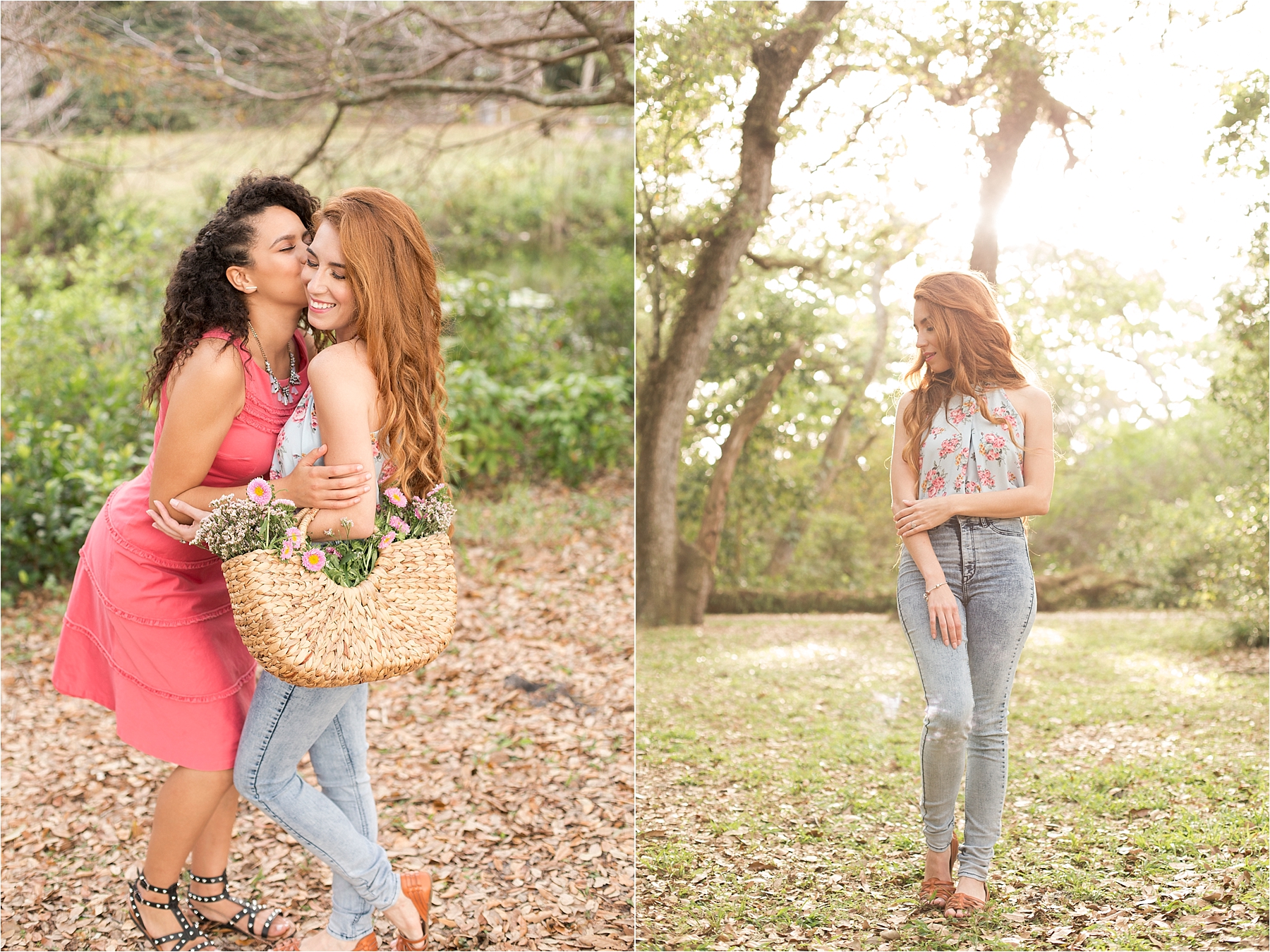 That left photo above is a recreation of a shot we have the day of my wedding, her idea, one of my favorites. 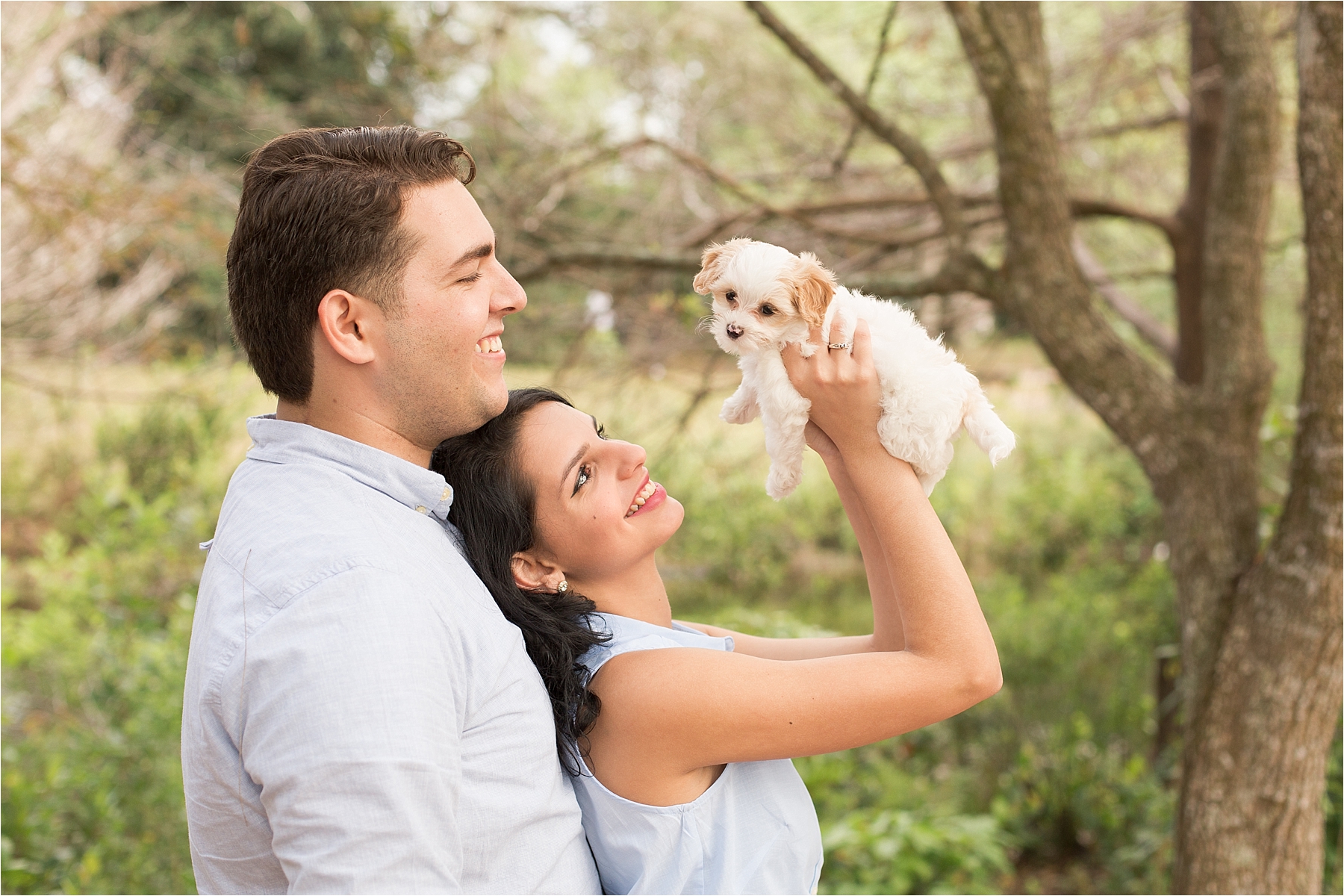 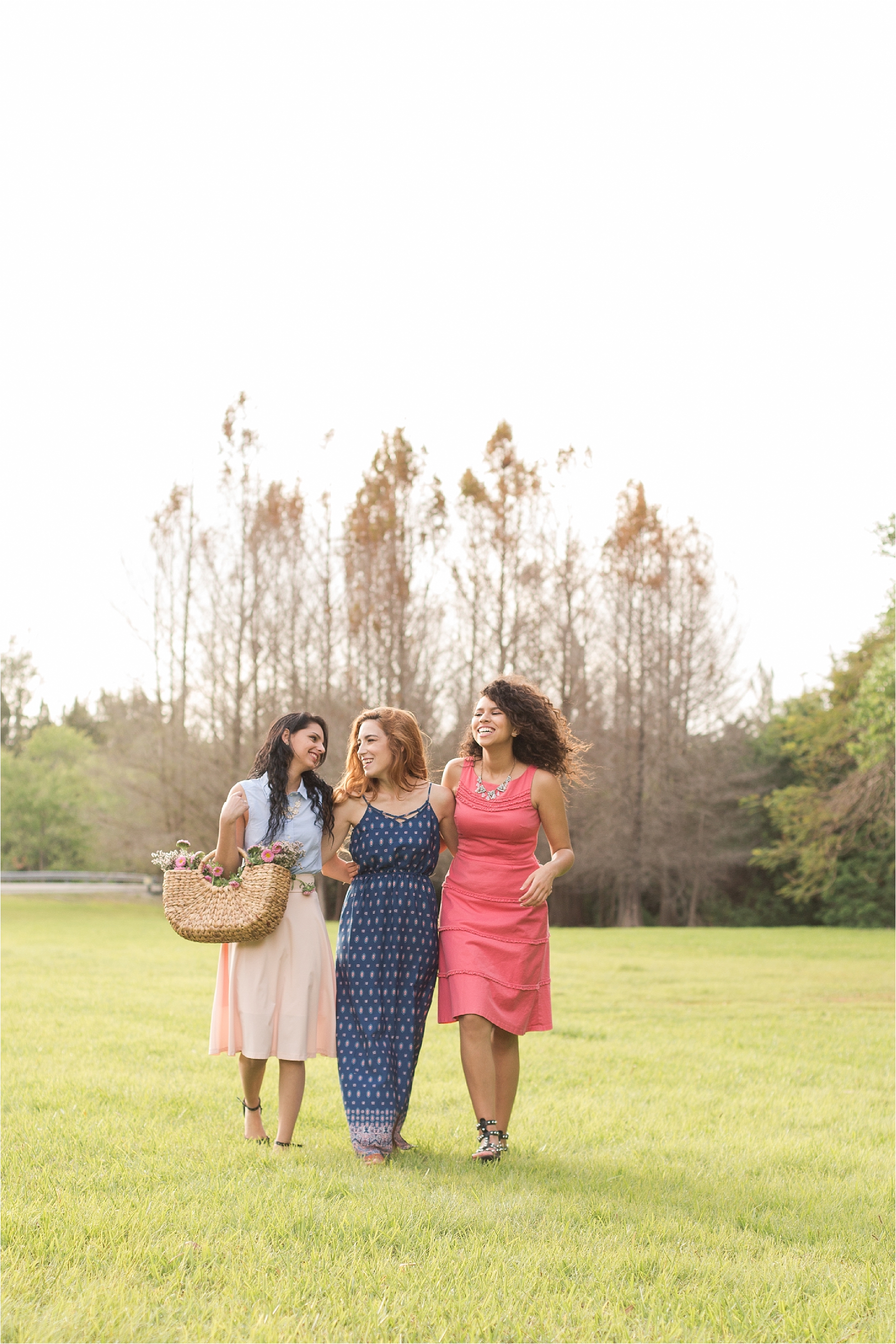 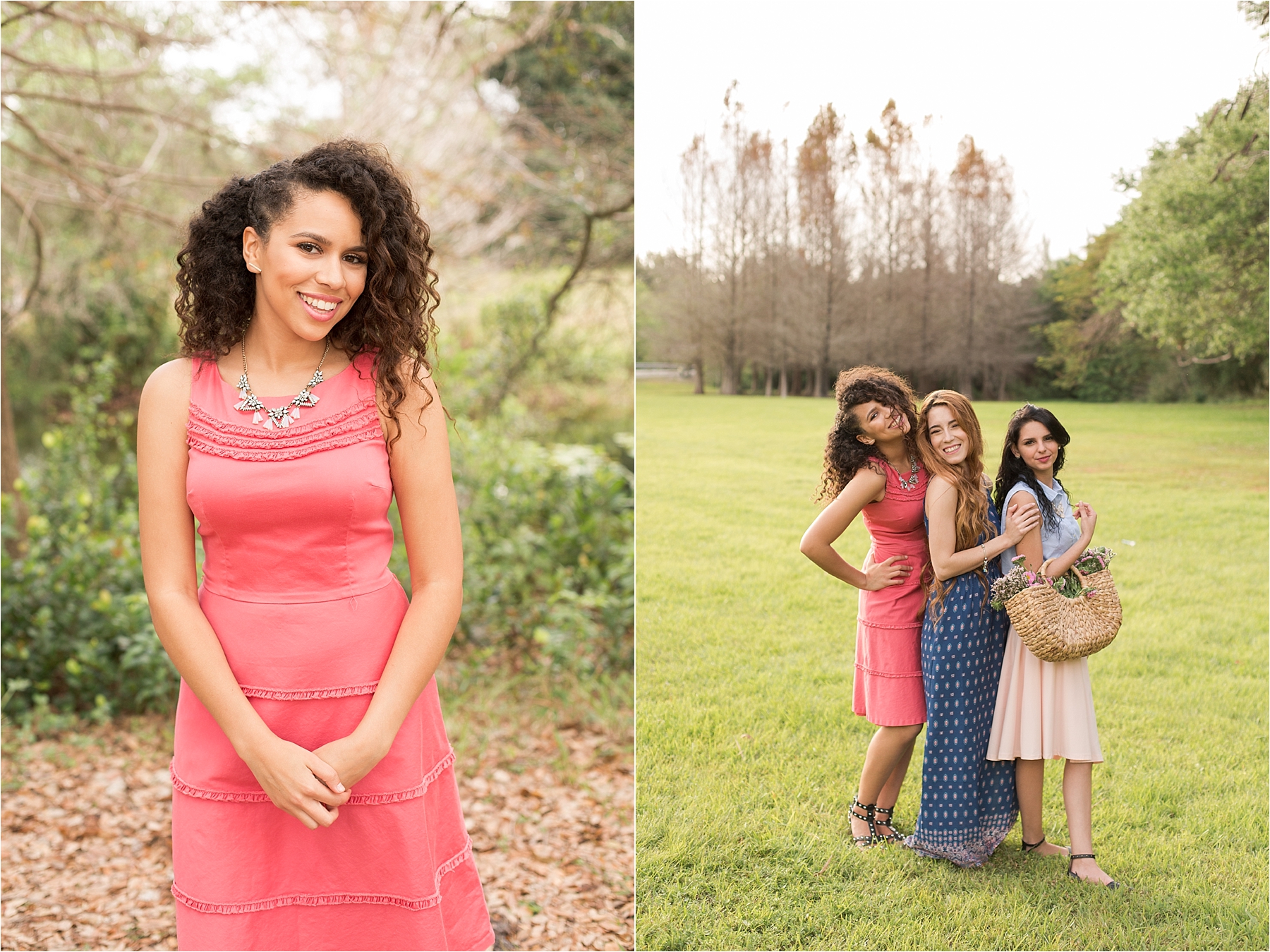 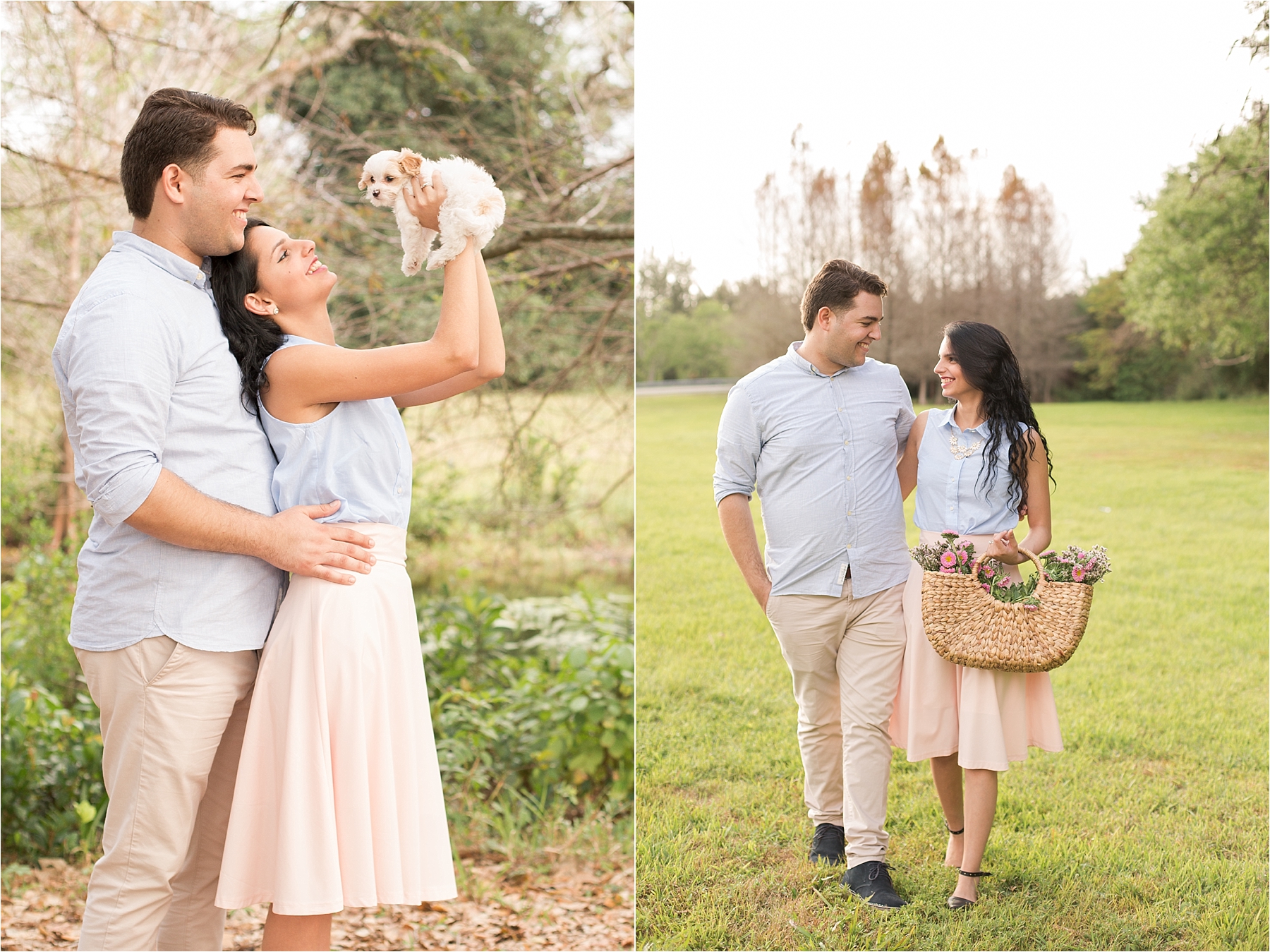 Can’t wait to shoot these two soon as a new family of three! Sam was taking most of the photos, hence why he’s not in them, but here he is! 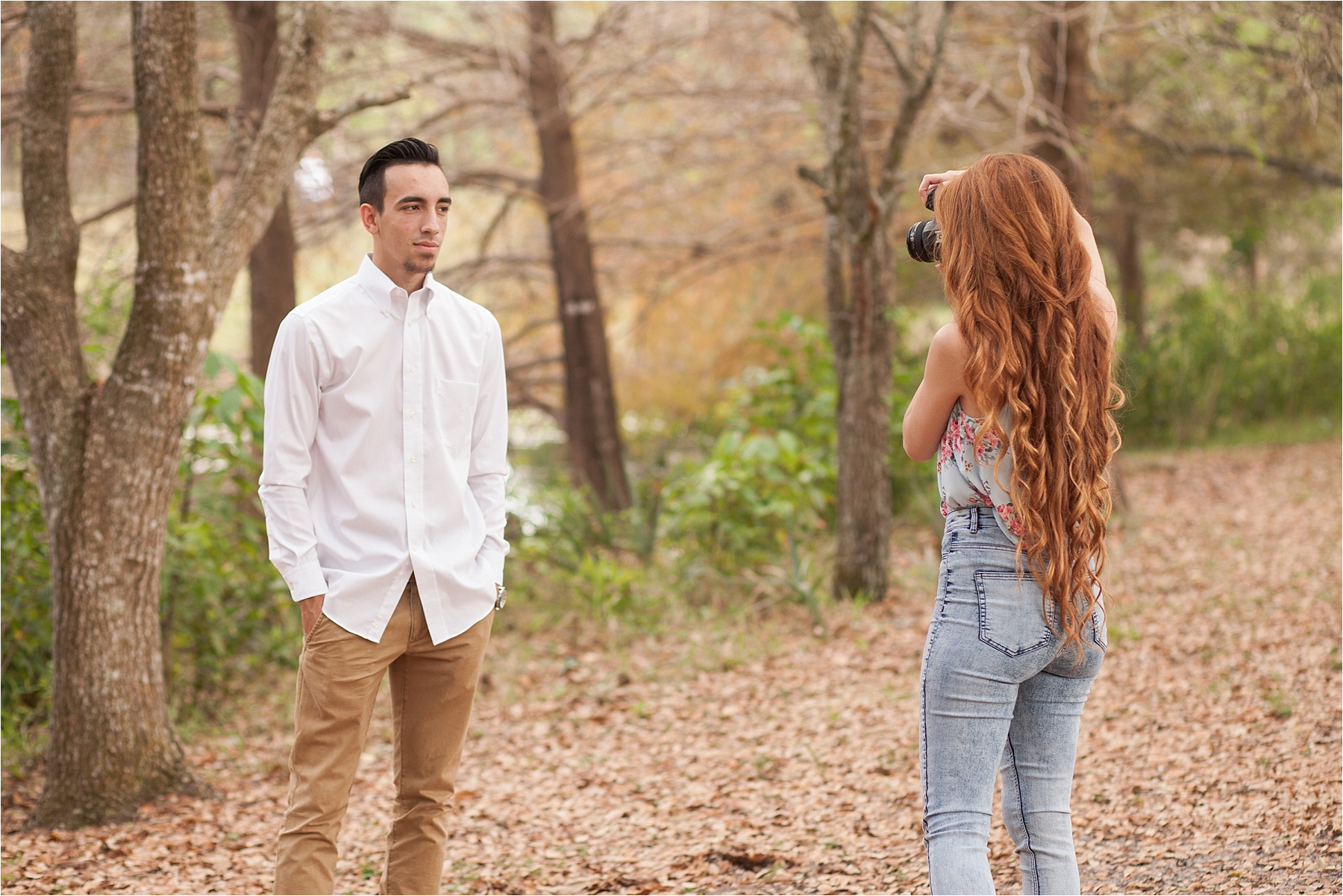 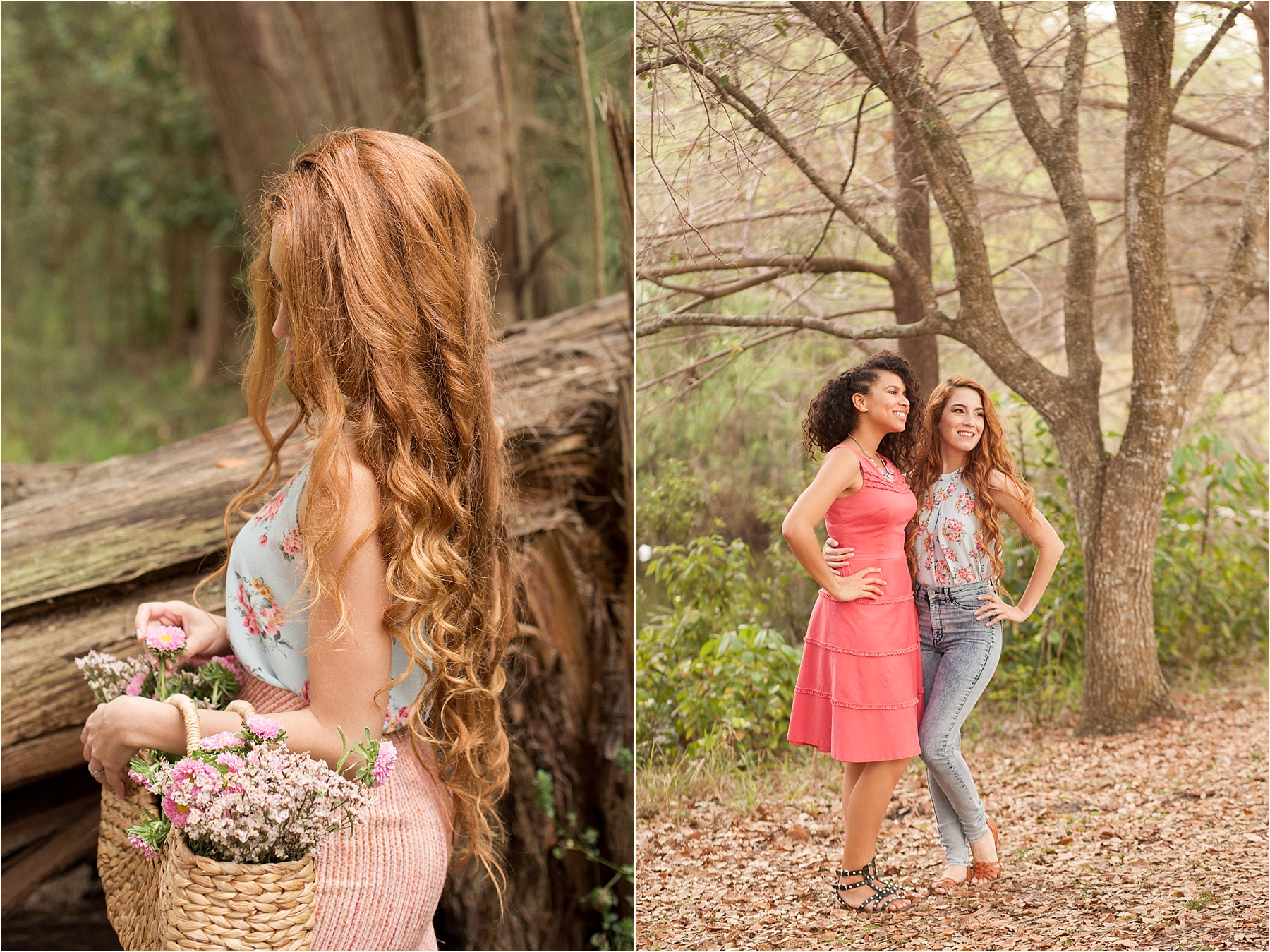 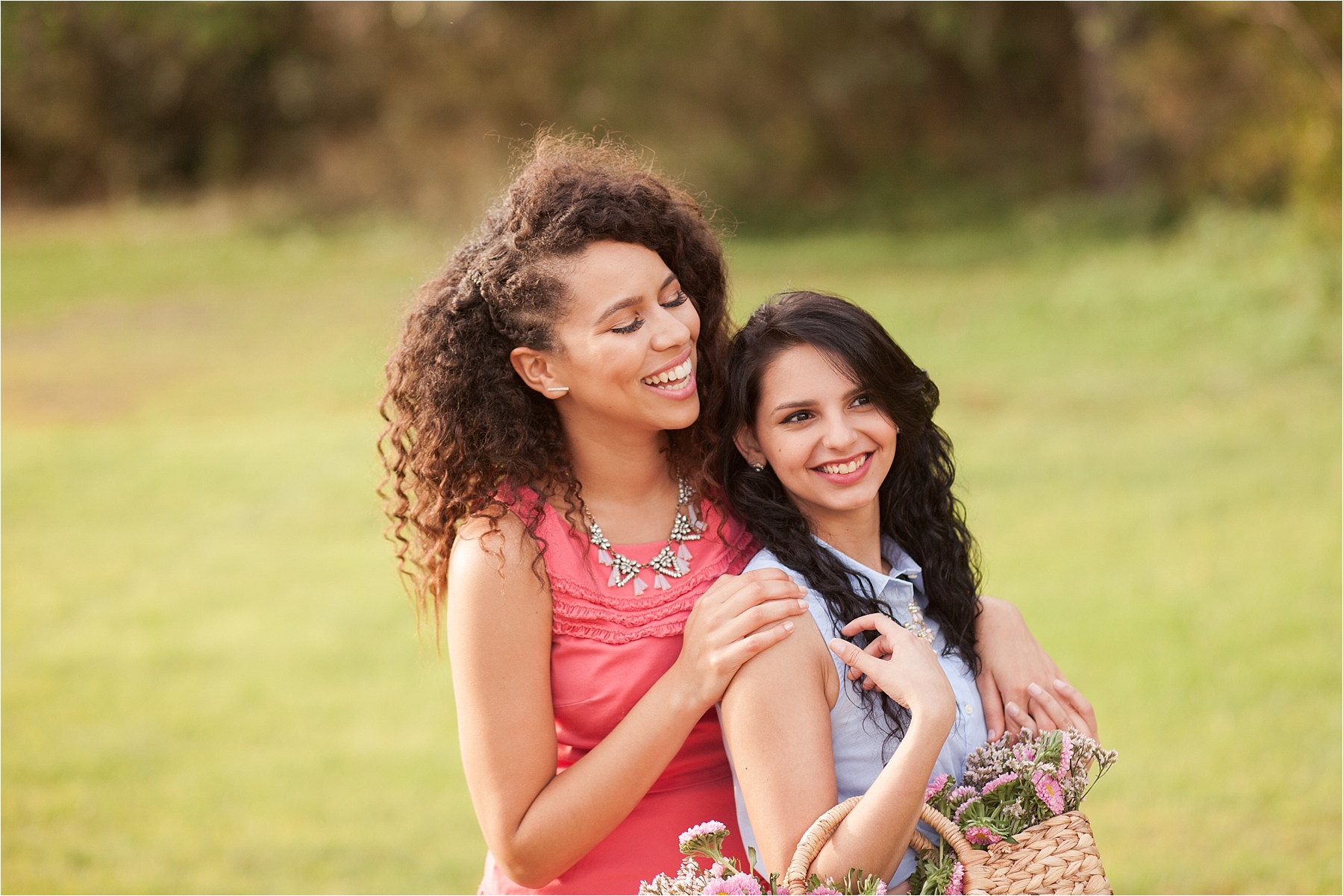 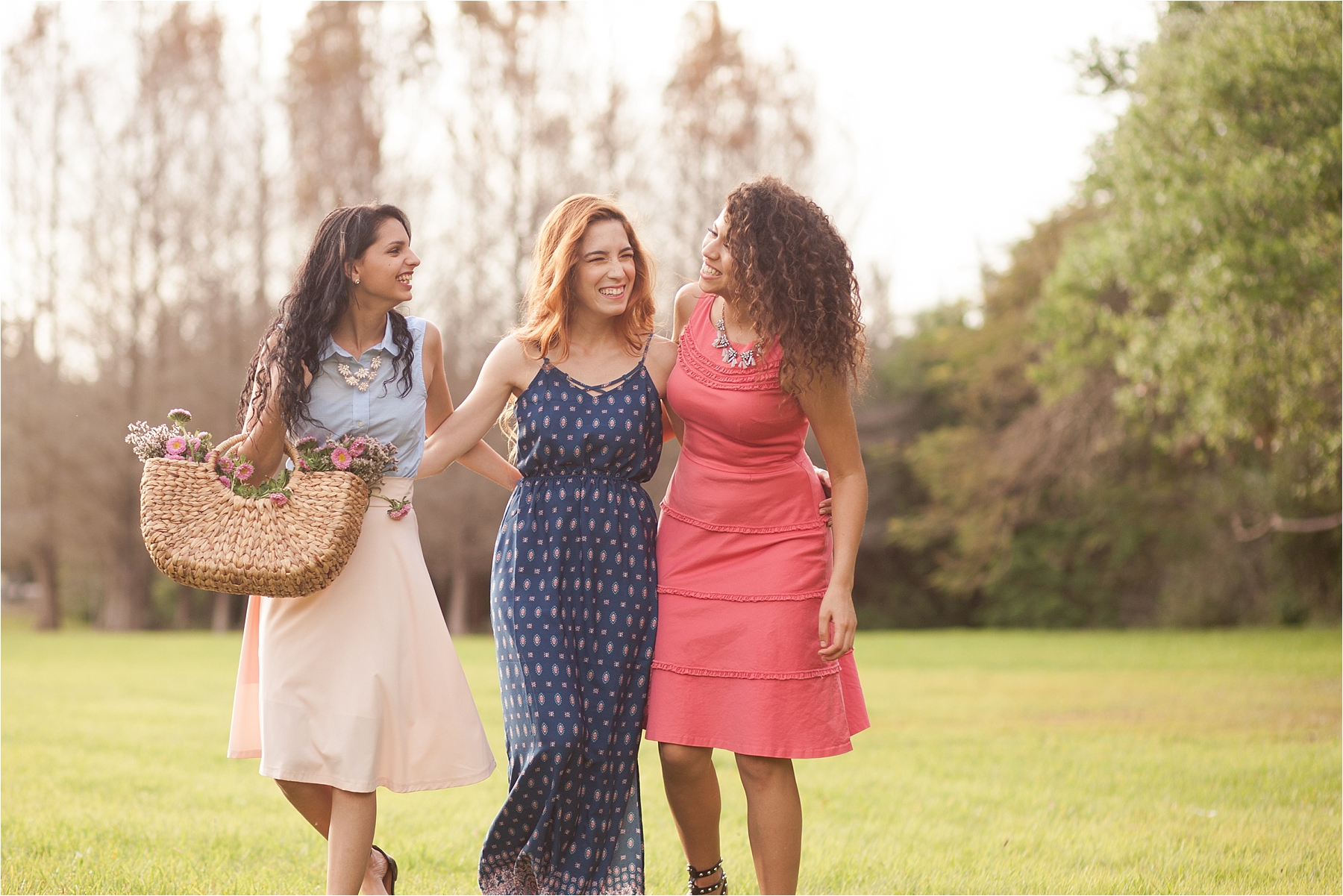 How we managed to keep a straight face the whole day, I honestly don’t know. We were talking to Lu the whole time. Keeping tabs of where he was and waiting for him to hide all his friends behind the bushes. Soon after that image above we headed towards the area I knew Lu would be standing by awaiting my signal. I won’t be as mushy the next post since I want it to be all about them, so I’ll say my sweet things to Jael now:

Pooch, I know we have been talking about this all week and it still hasn’t fully sunk in – you’re engaged – and this quite certainly is real life. I am so happy for you and Lu that every time I try to put my emotions into words they just fall short. I love how even when you are not around him you have this happy glow about you. I know you will make the most beautiful bride and even though we are still a ways away from that day, I now imagine you that day getting ready. Jay and I by your side telling you how beautiful you look, not because we have to but because you truly are. I’ll probably hide my face behind the camera all day but I want you to know just how much I love you for following your heart and being brave to wait for the right person. I know that before Lu it wasn’t the greatest seeing everyone else find their person and get married, but now that’s you. And all of us are the ones celebrating with you. For you. Happy to see you in love and radiant. I will never forget this day we shared for many reasons, and I hope it’s the same for you. I love you so so much! – Your forever cactus pooch

Stay tuned tomorrow for Jael’s proposal story. Jael and Lu might as well be my favorite couple ever so if they let me, this may just be the first of many engagement sessions. 😘

Special thanks to Samuel and Lester for also photographing the day and for the images above!!