a day at Magic Kingdom with toddlers

These past two months have been nothing short of intense workdays for both D and I. We have no such thing as “sleeping breaks” since we go to bed once our work for the day has been completed. We’re exhausted. After returning from Louisiana from a work trip he did because of the flooding, I knew it was time to plan a mini escape. These escapes of ours last just about a couple of days but they help us switch up the routine and come back refreshed to our responsibilities at home. I was aching for a couple of days at the beach and when I suggested it, he turned my idea down for Disney. Not the most relaxing place I could think of, but I’ve never said no to Disney World. Since we live so close, planning a short notice trip to Disney is a no-brainer. Off we went to the most magical place…

The boys lately aren’t big fans of being in the car for too long. We made sure to skip naps that afternoon and wear them out as much as possible. Tiredness + Cars movie on the go = smooth sailing on our four hour car ride to Orlando. We stopped at one the main plazas on the way to grab dinner and the boys were so excited at first sight of the mouse. I thought, “If only they were to act like this once they see the real Mickey Mouse.” Last time we were all at Disney the boys were four months old (you can read my blog post of that trip here). At that age, being such babies, they weren’t afraid of anything at all. Twenty two months however is a different story. I only hoped things would be the same.

We stayed this time at the WorldQuest Orlando Resort. Loved our huge three bed-room apartment. Given that our parents were accompanying us this time, it was the perfect style of accommodation for us. Really had that homey-feel without breaking the bank so to say. I would definitely recommend it a hundred times over booking three separate rooms at a Disney hotel. Mom made breakfast “most” mornings and it was wonderful having a kitchen for the boys and their snacks.

Here was day one of our Disney World Adventure: 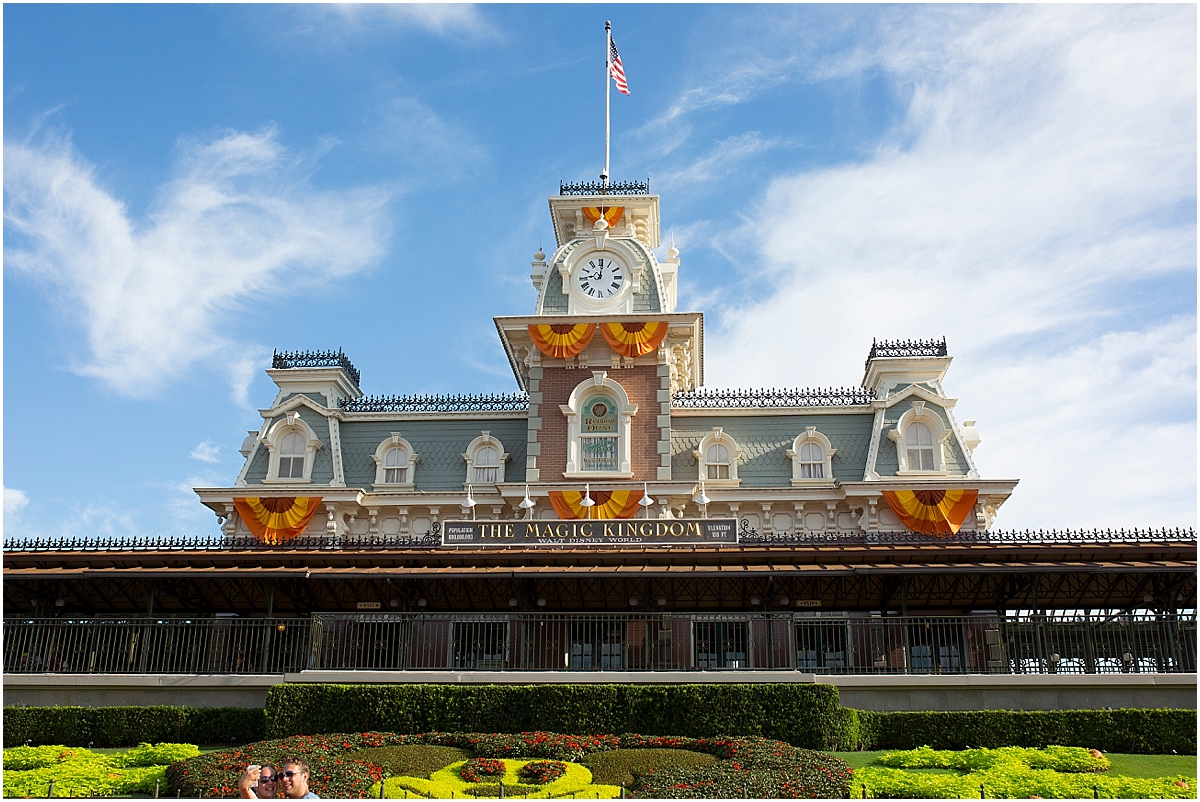 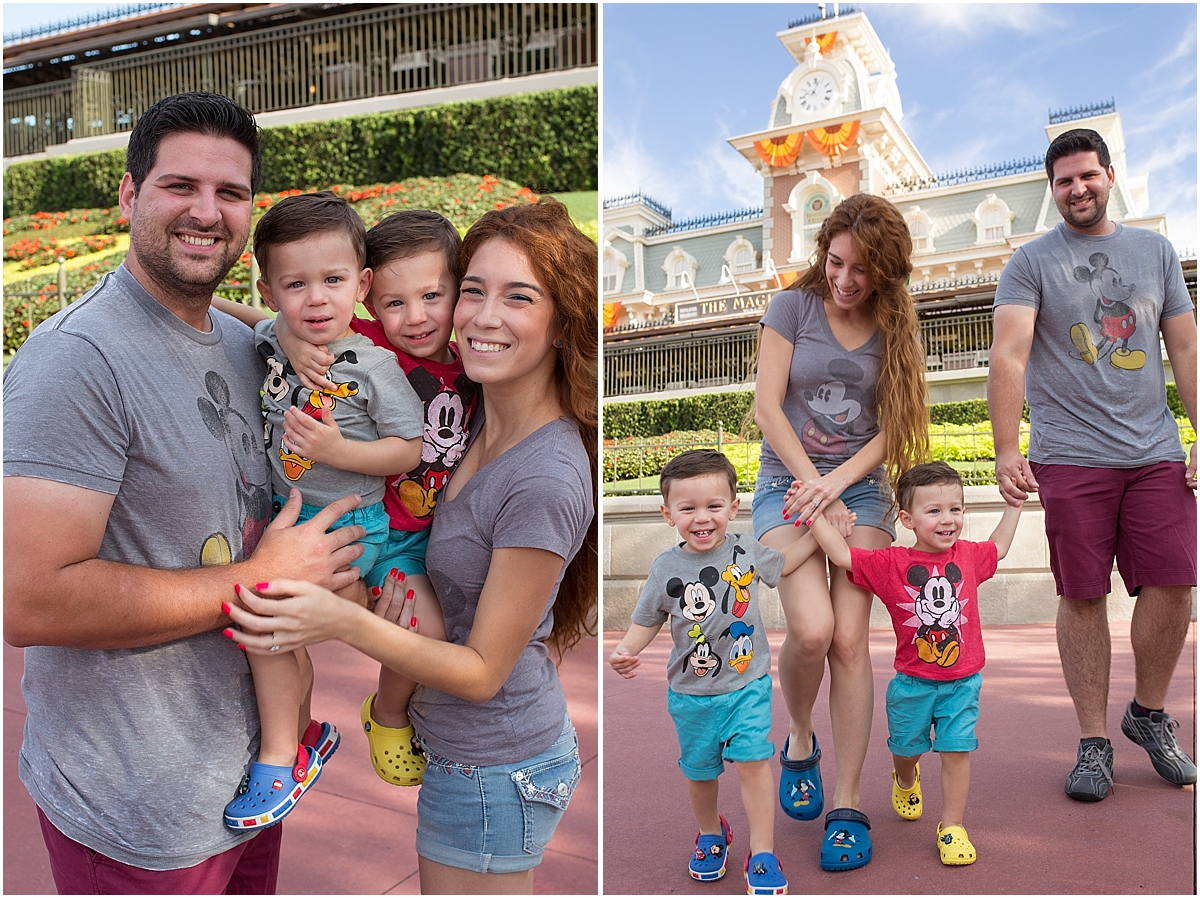 When deciding what to wear to the park this time around in my head I SO wanted to be some what stylish because I knew I would have Sam photograph us for the blog and keepsakes… but then Target happened. Every single time I walk into Target I leave with a bunch of stuff I don’t need or were intending to buy that trip. So therefore, we embraced being the Mickey family… you’ll never see us in designer shoes at Disney. That’s just not the way it goes for us Vigoas. We love ourselves comfortable, and funky prints of the Disney characters themselves. It just feels like your officially at Disney if you deck out your outfit with Mickey Mouse everything… hence my Mickey Crocs. Got these babies to replace the red ones I’ve been wearing for ten years now. We joke amongst friends and past clients that those red Crocs are my lucky shoes… I hope the strike continues with these. 🙂 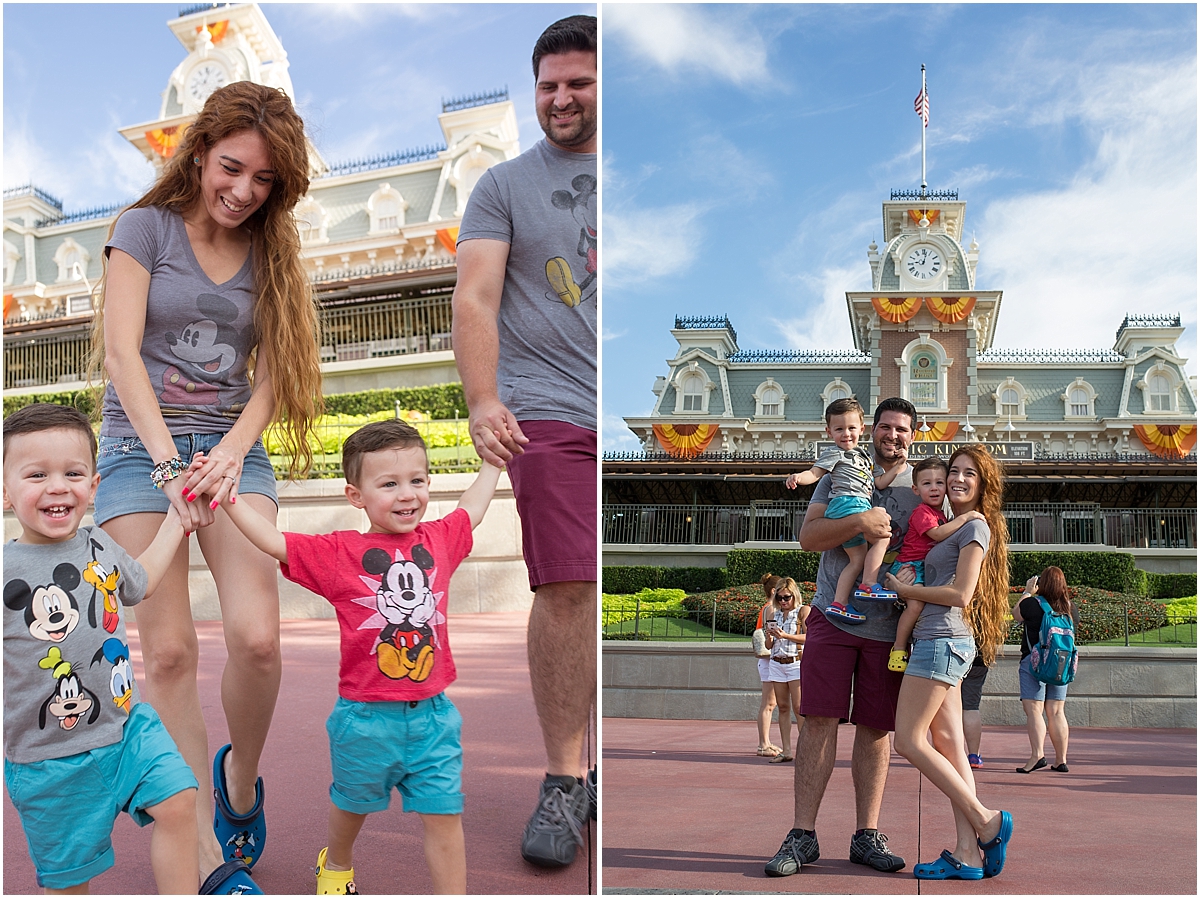 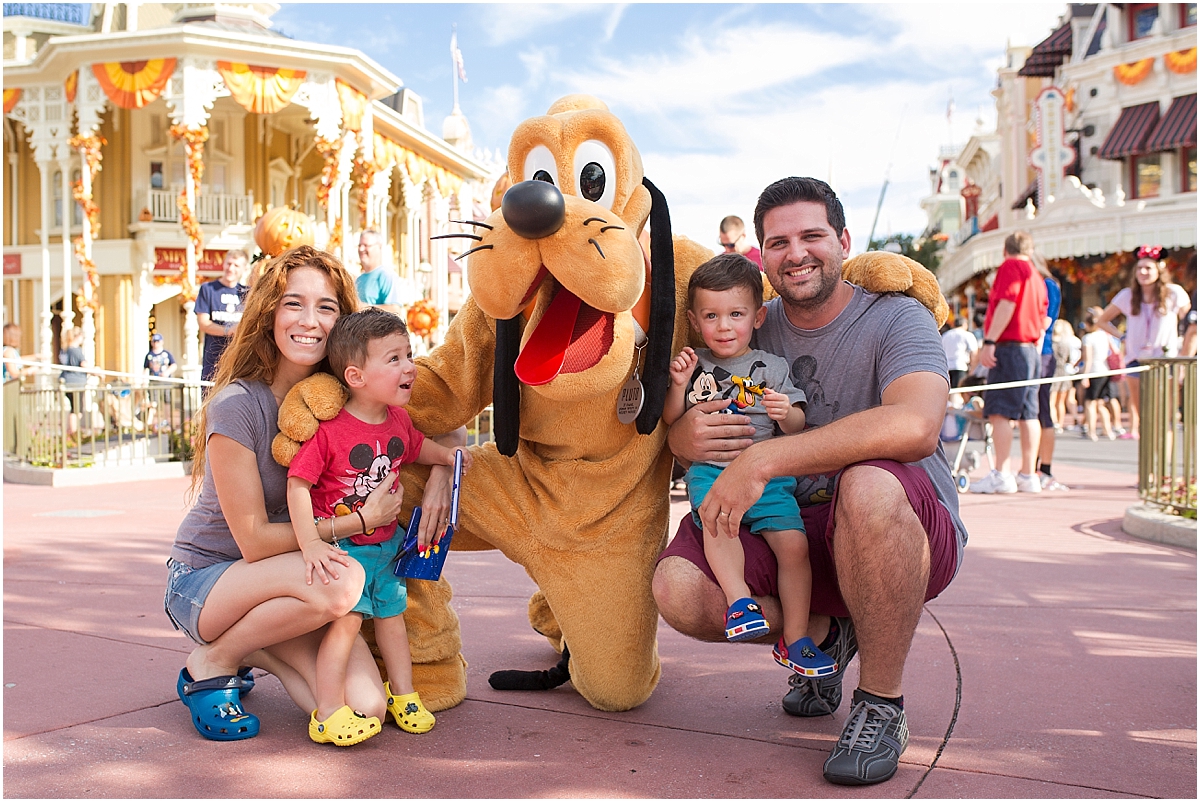 ↑↑ Their first character greet! ↑↑ and they loved him! William, as always, was a bit more cautious. But they didn’t cry not once! My tough little boys. ( They didn’t even flinch when meeting Kylo Ren guys, and he’s one scary looking dude )

After meeting Pluto my family was heart set on having a full breakfast because Starbucks wasn’t going to cut it, so we just walked in the nearest spot that was open… which happened to be The Crystal Palace. Love the fact that unknowingly my parents picked out the kind of spot I would of wanted anyways. The boys had their breakfast and met all of the Winnie the Pooh characters as well. My favorite was seeing Matthew trying to interact with Pooh. He kept waving and getting no response and so he kept tapping Pooh’s stomach trying to get him to look… I know the poor guy/gal in there was probably thinking that he was smacking them around, but that’s because he had spent all the time just waving in the air with nothing in return. 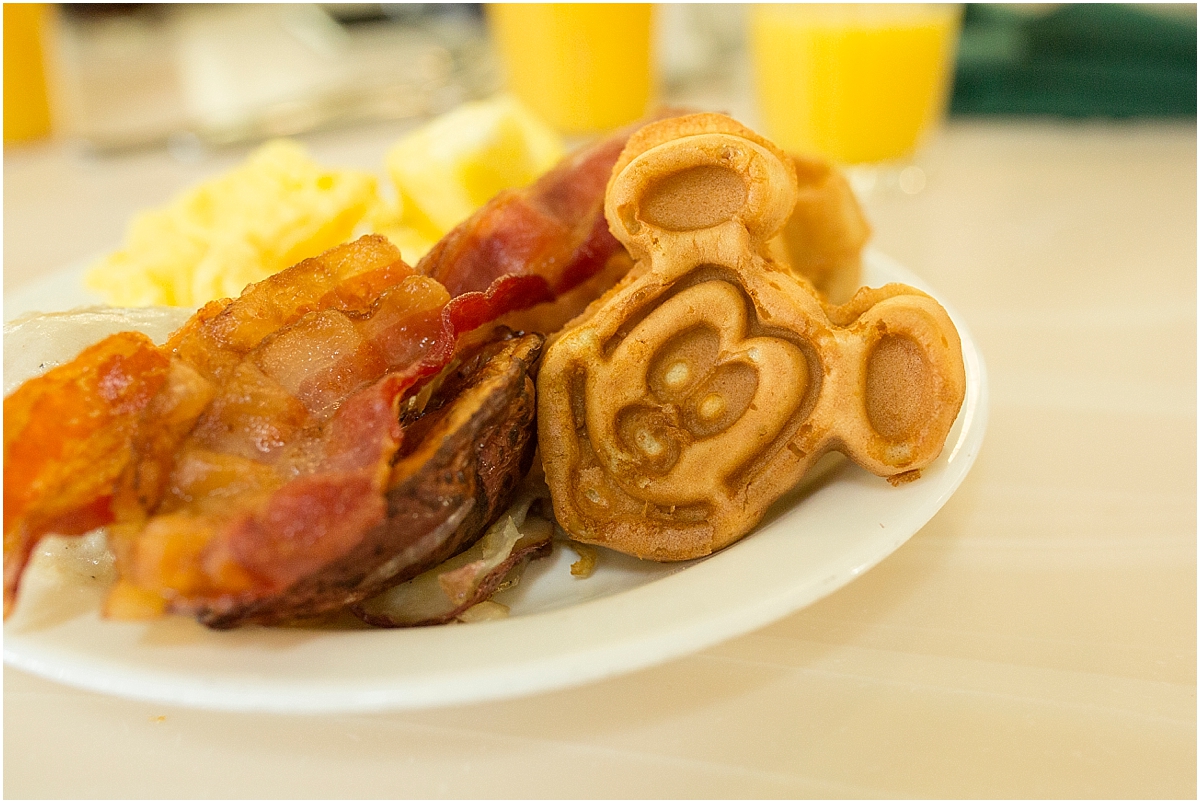 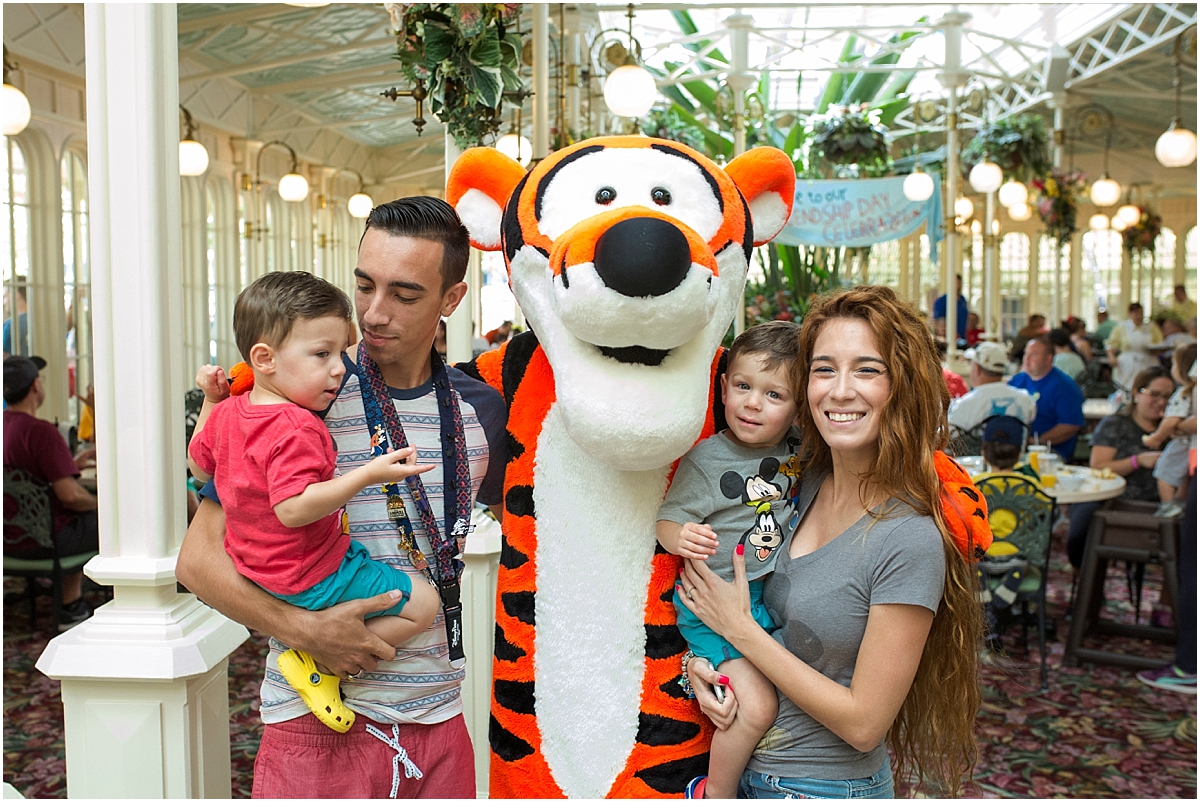 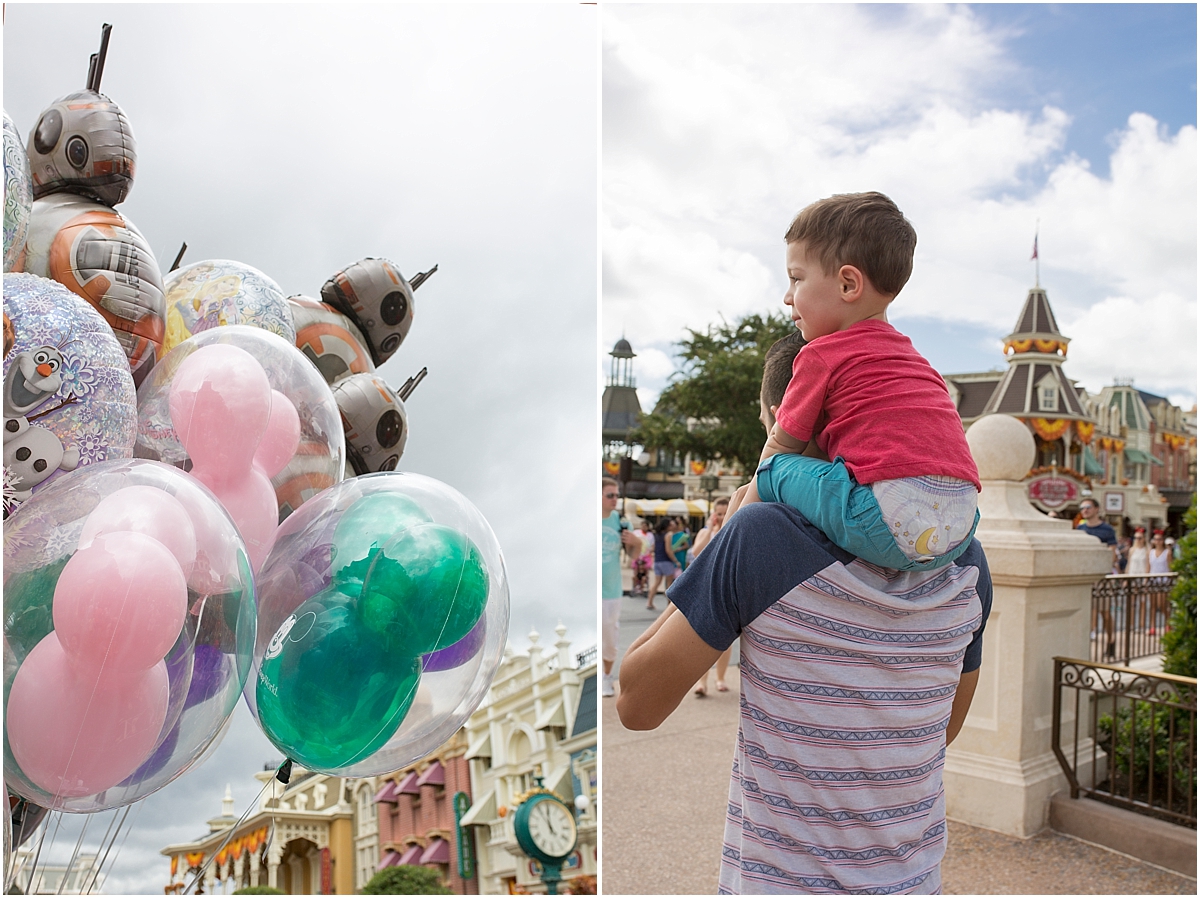 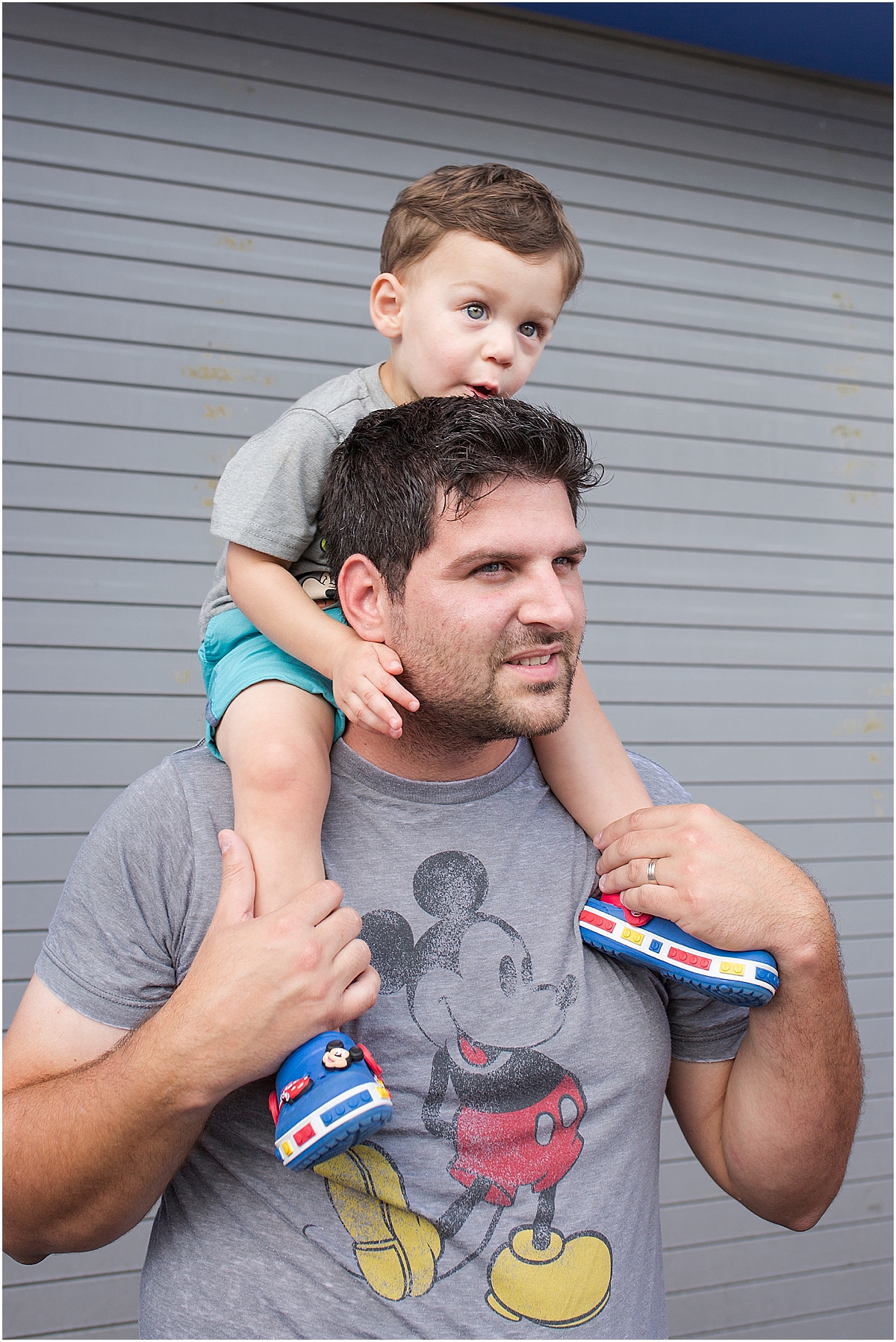 ↑↑↑ Breaking every Disney rule this trip. I’m sure the other families just looked at us as if we were nuts. Brining the twins to Disney at this age felt like breaking loose caged lions. (That’s what my mom calls them.) SO MUCH ENERGY and such willpower to escape. 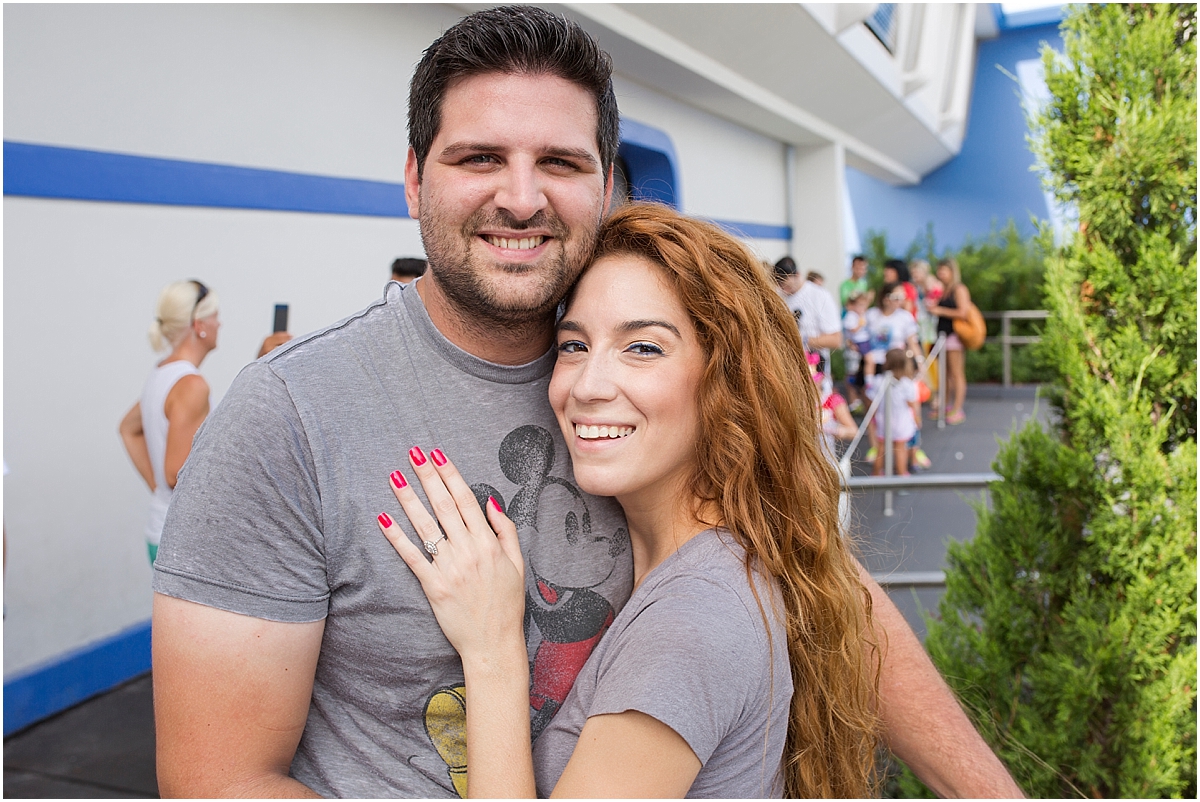 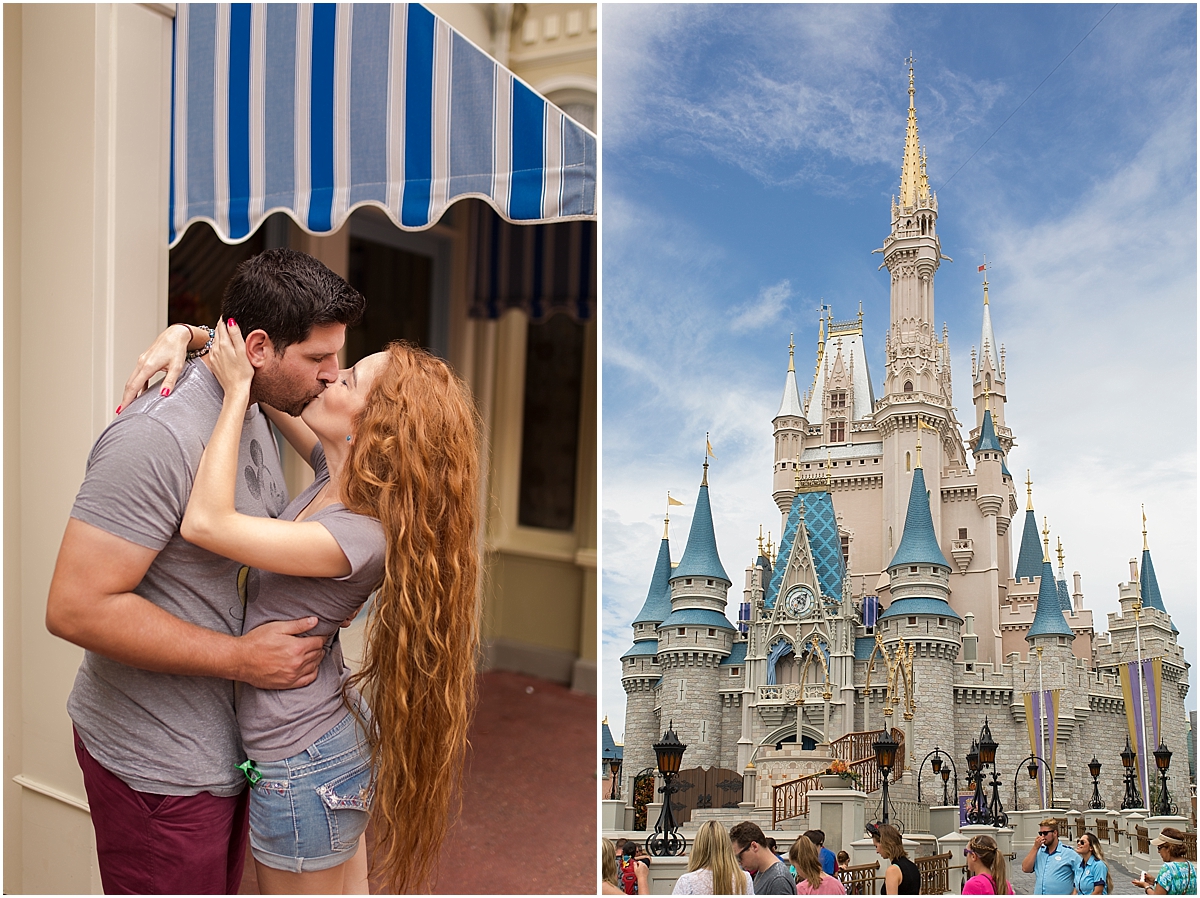 Even if the kids and my picture taking took quite a physical toll on us all, I couldn’t be happier that this guy suggested and made our Disney trip happen. I’m aching for a Disney trip without the kids just to actually get to spend time with him as I gush over all the princesses, but I know that will probably never happen again. Once we had our boys, Disney forever changed. 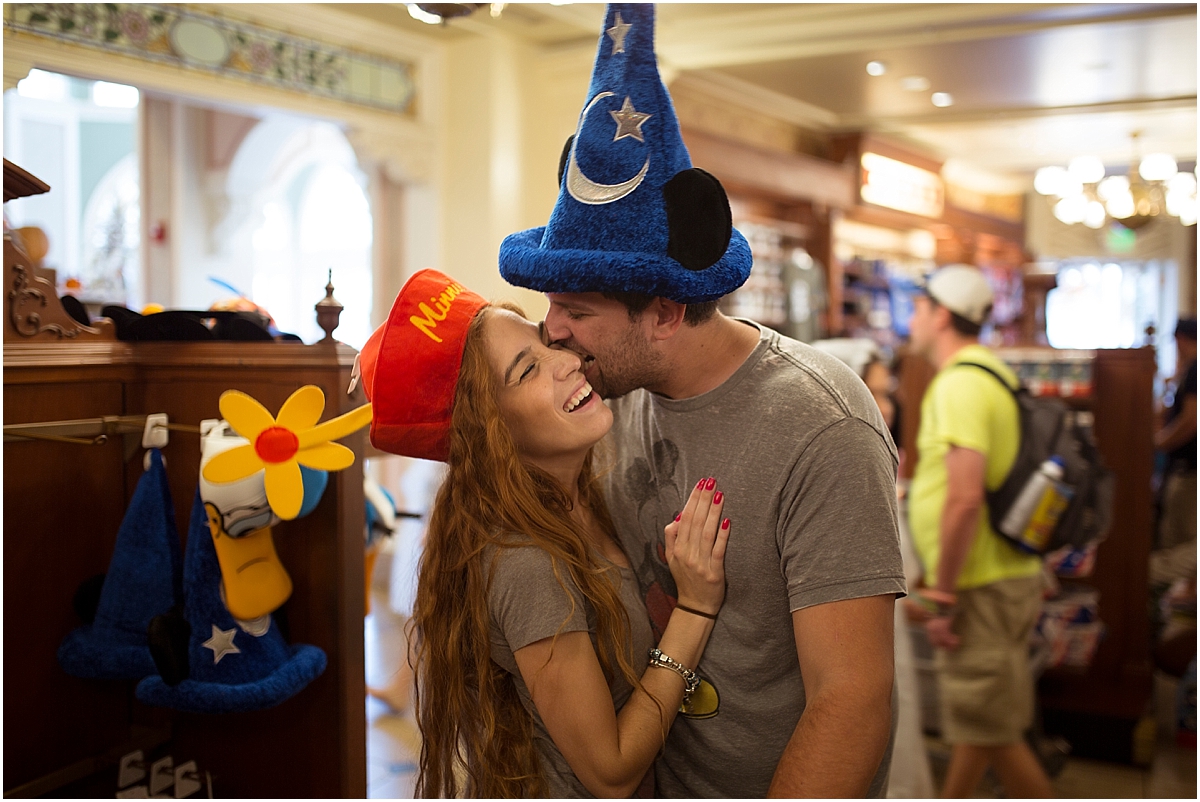 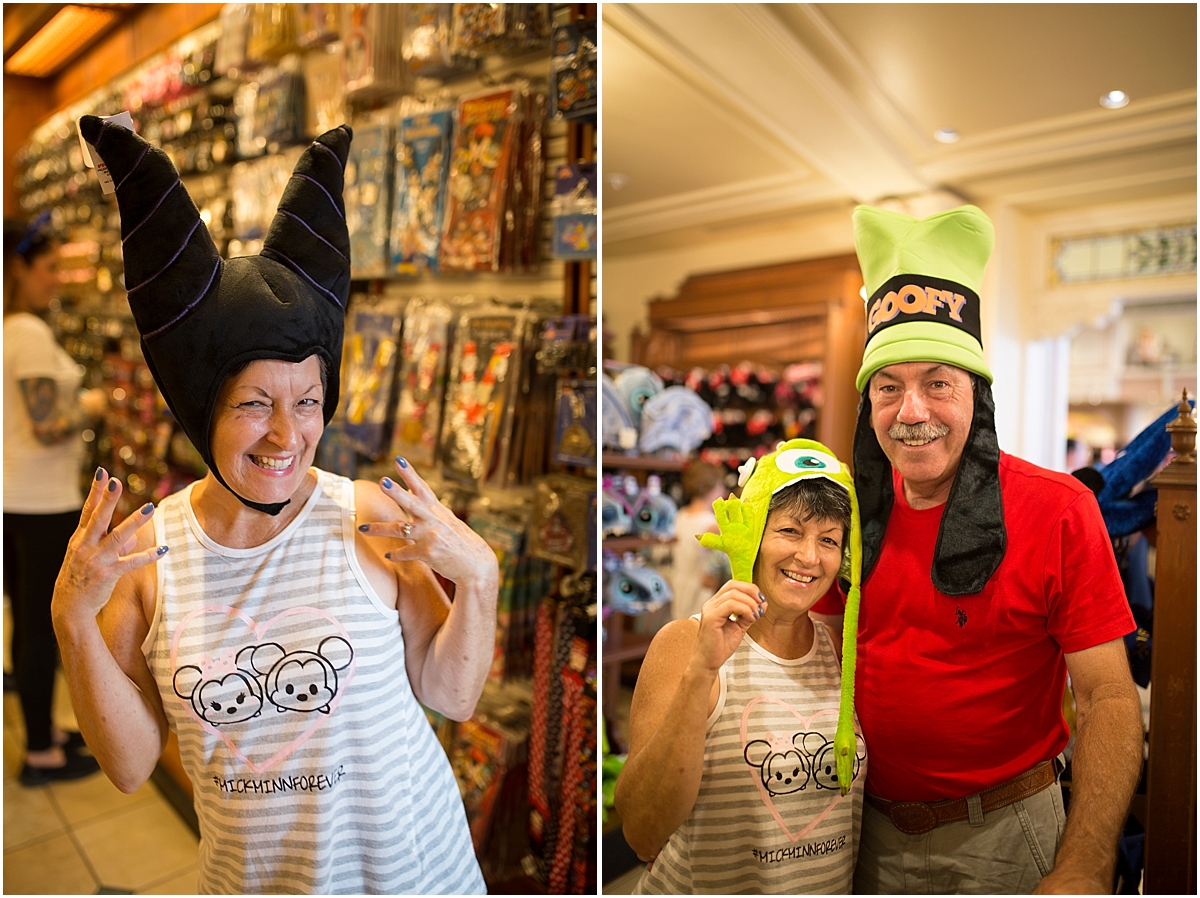 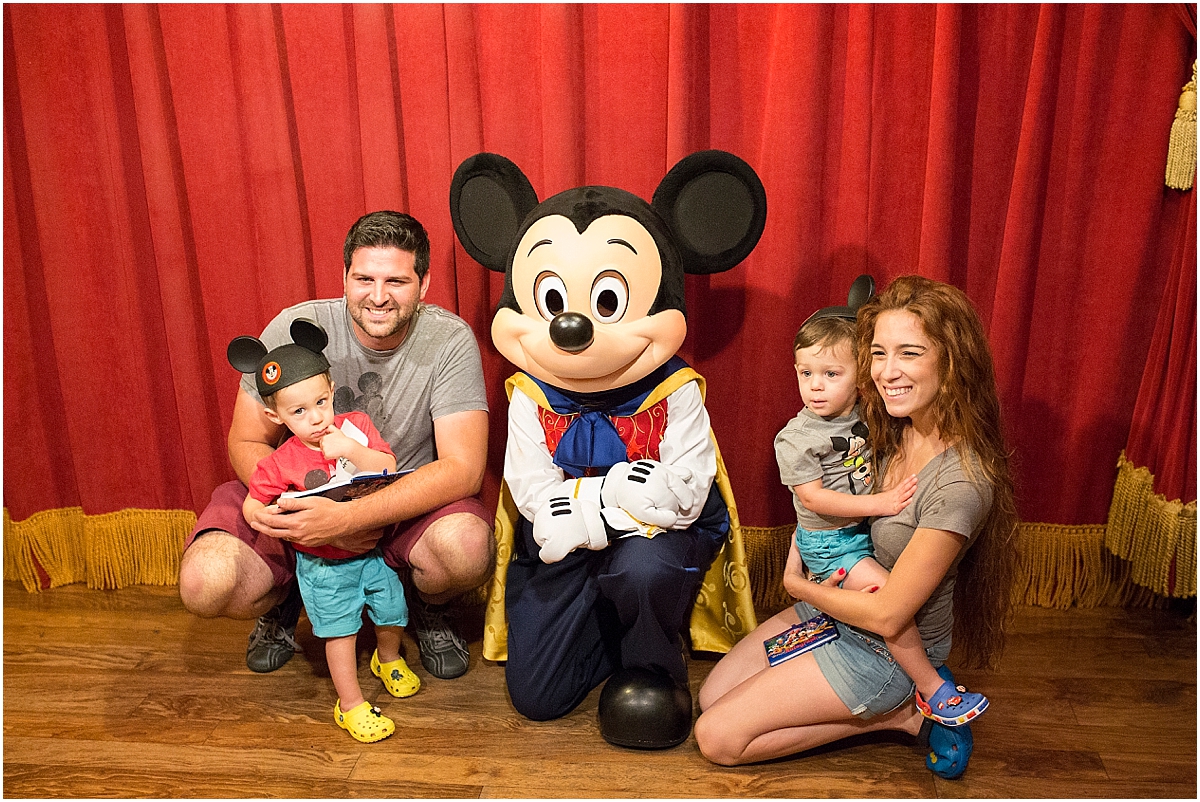 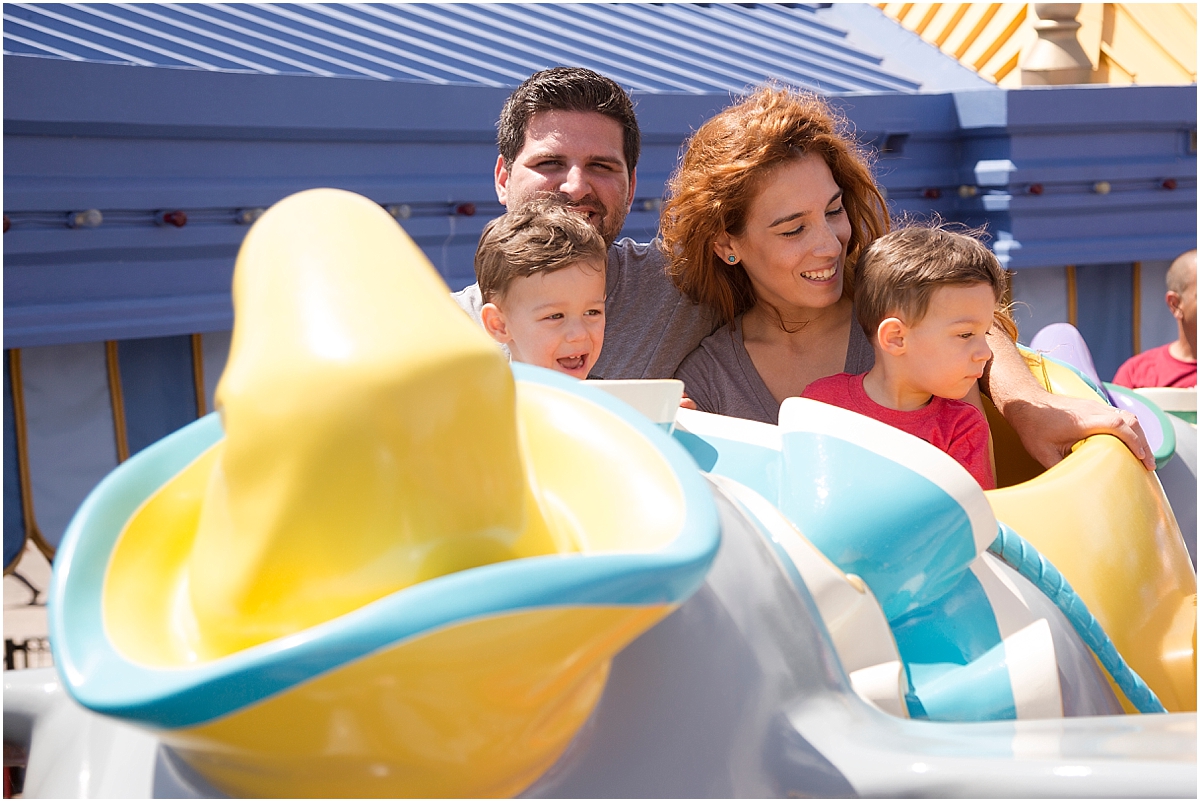 Overall it felt like we didn’t get to “see” much just because the crowds and the heat and the rain were all the perfect combination of a delayed day. Wait times were quite unbearable with the boys getting cranky almost instantly. We also took a bit longer in the area of dining because both our meals were table service – first at breakfast at the Crystal Palace and later on for early dinner at The Diamond Horseshoe. I’m such a big fan of the Be Our Guest Restaurant and unfortunately as much as I tried, we weren’t able to get reservations to dine there this time. Traveling to Disney during peak days ( such as holidays ) really changes the kind of experience you would have any other time. I think we definitely learned our lesson this past weekend. Next time we will try something else, even if that means skipping school. 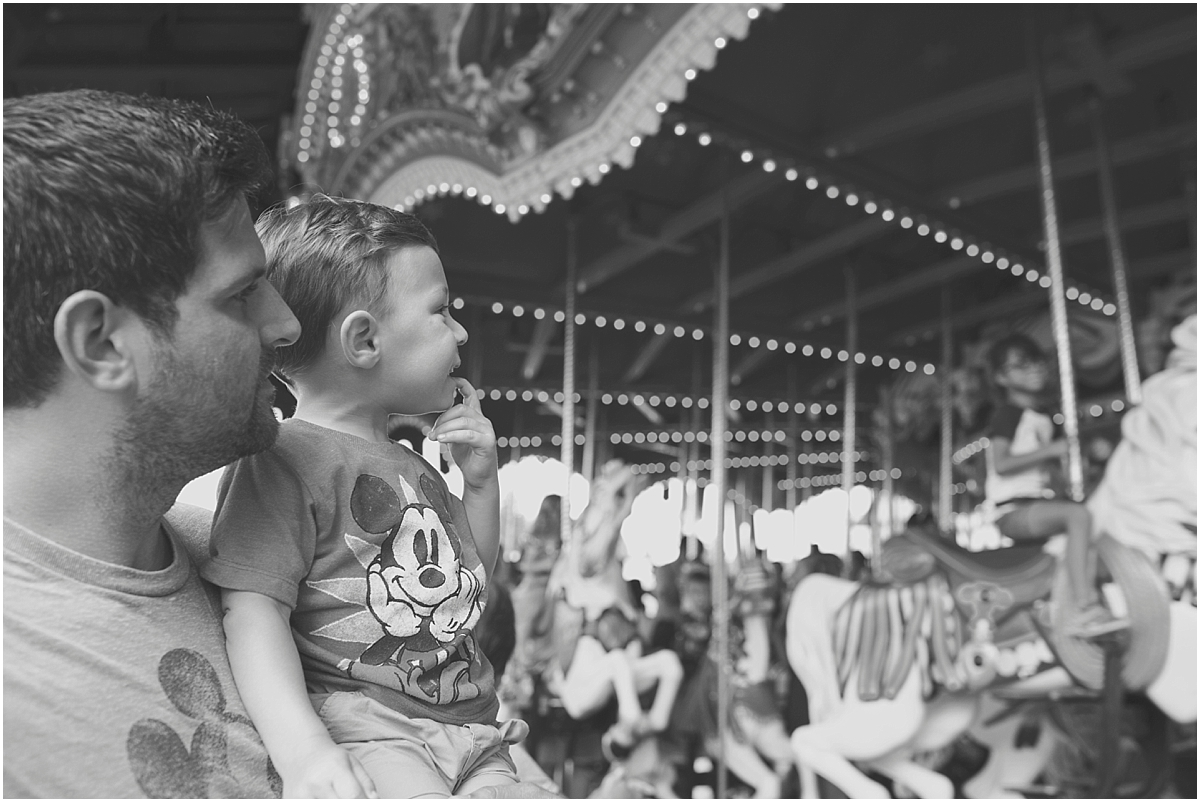 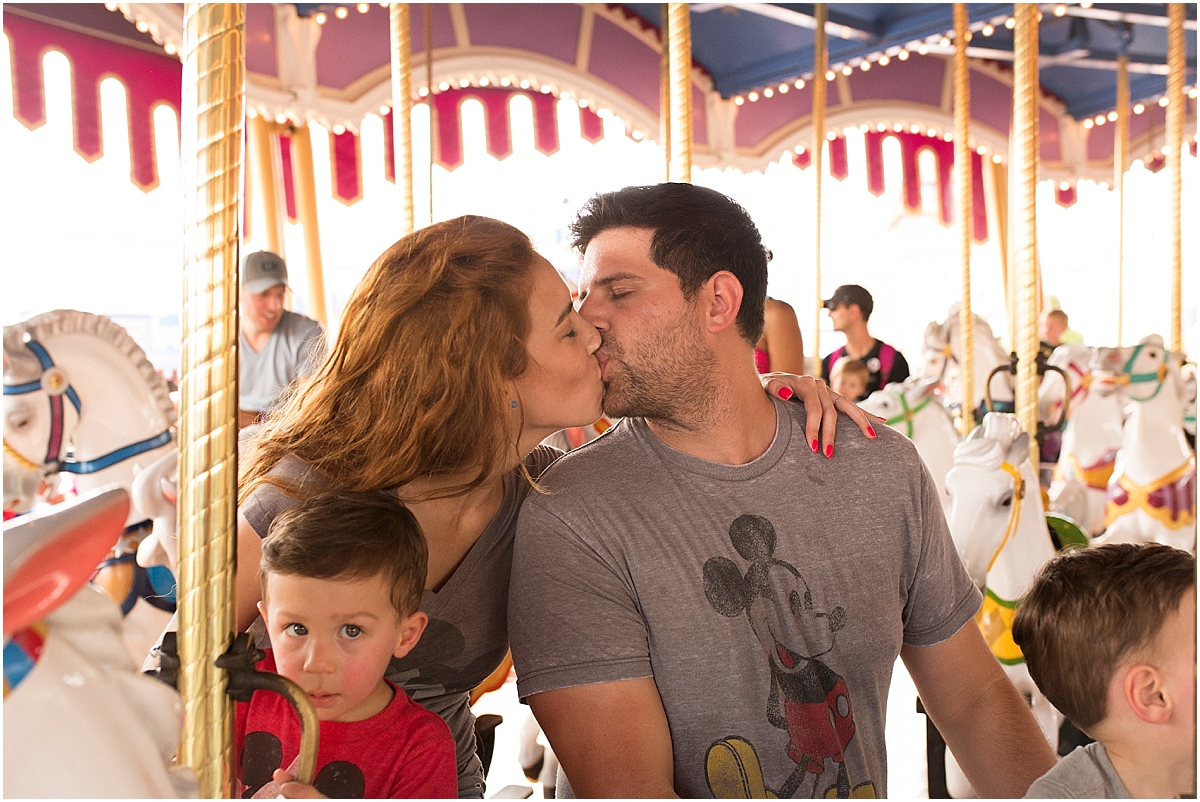 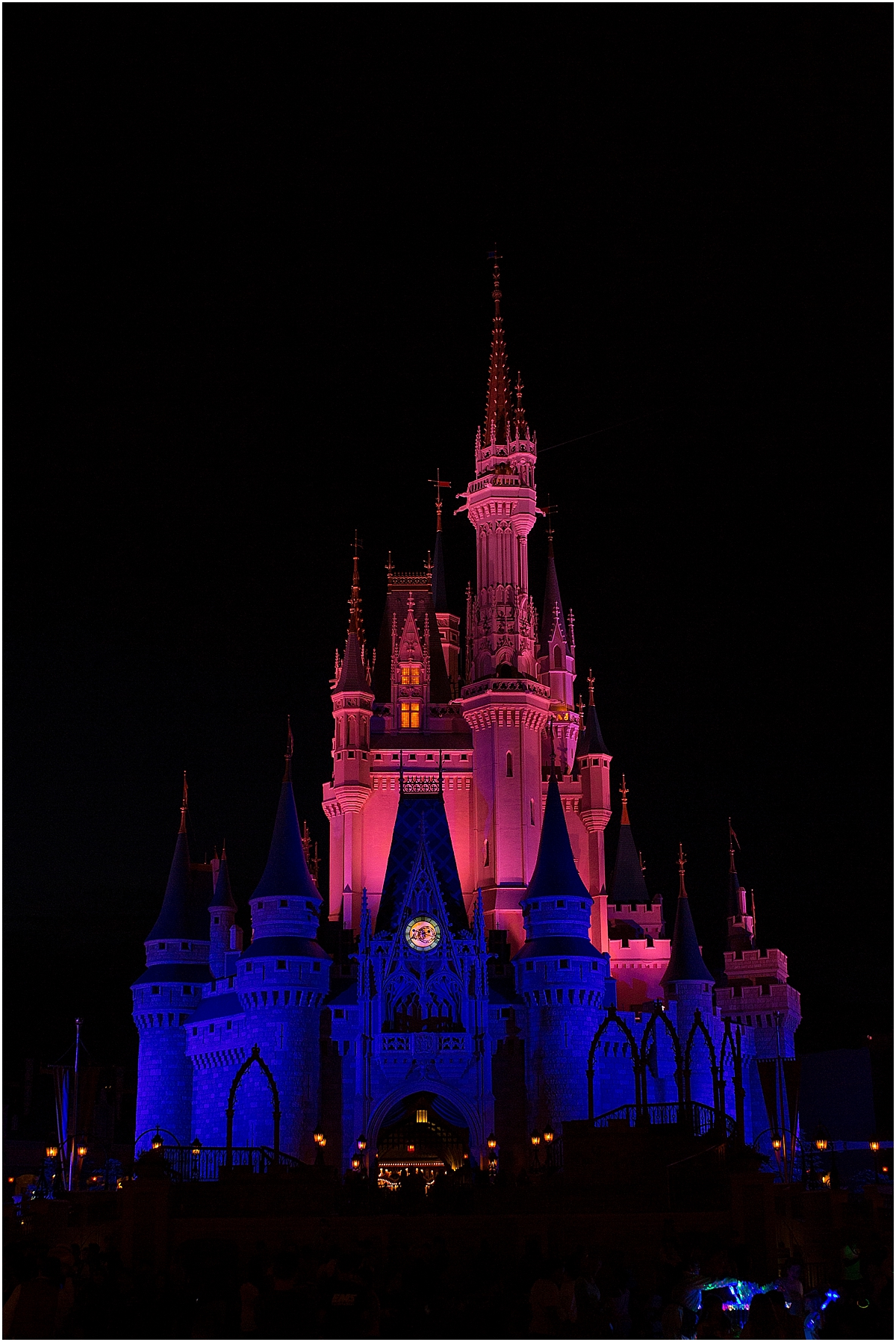 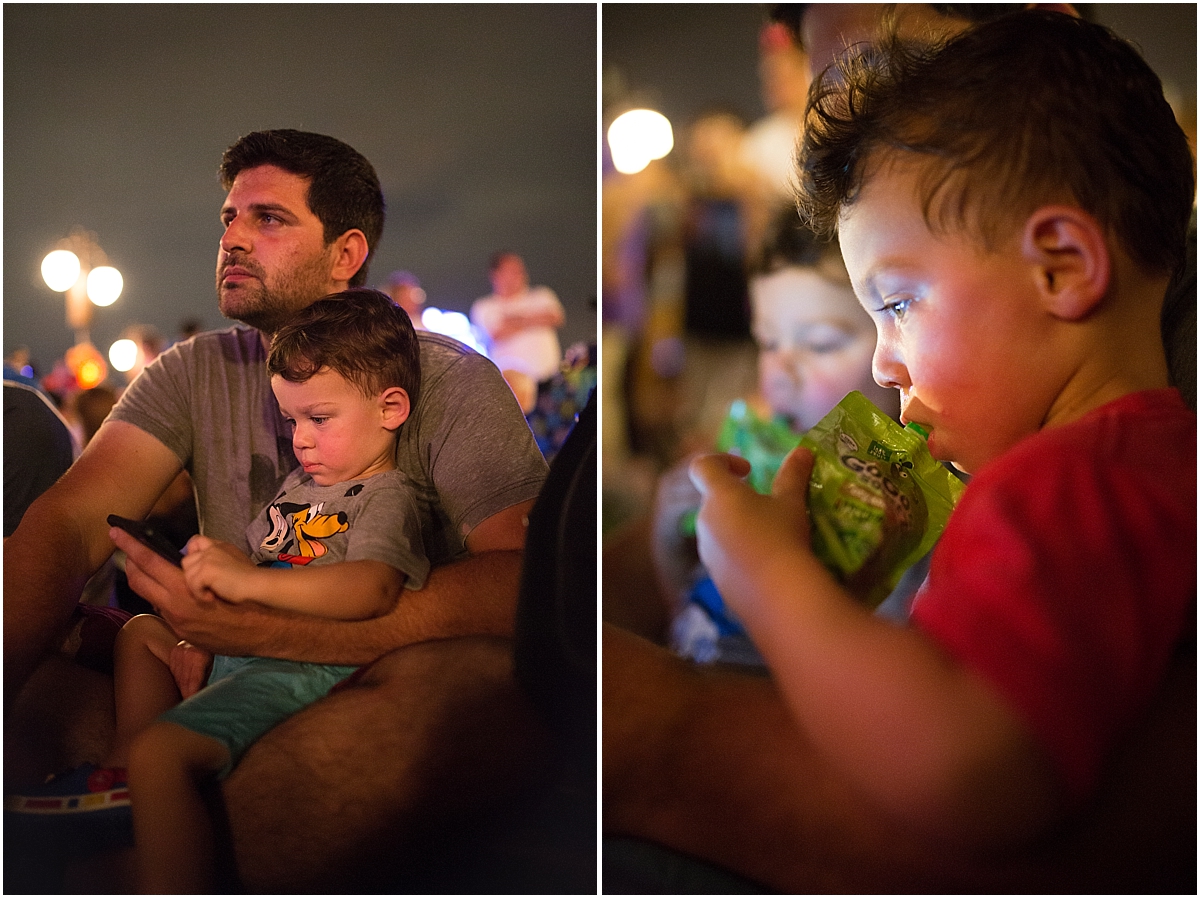 ↑↑ That hour we spent waiting for the parade and fireworks show was the hardest thing I have ever experienced in public. The boys were not having it… they were hyper and tired and being in a confined area was not their cup of tea. We tried making them happy so many ways and resulted giving in to the one drug we know always works… TV on our phones. Hate to admit it, but we’ve become one of those parents. The kind that puts on the pacifier by handing over the phone. At this point we were all like – whatever works… (as a friend once mentioned to me… whatever works) 🙂 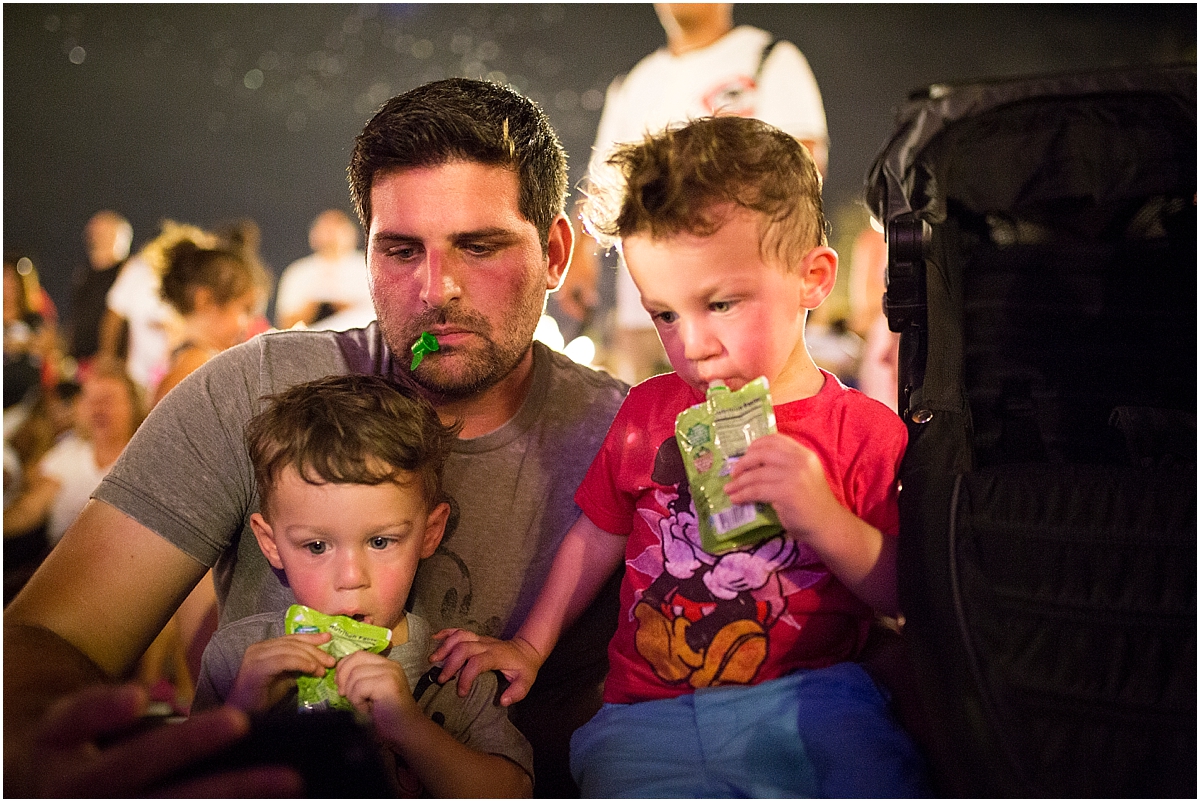 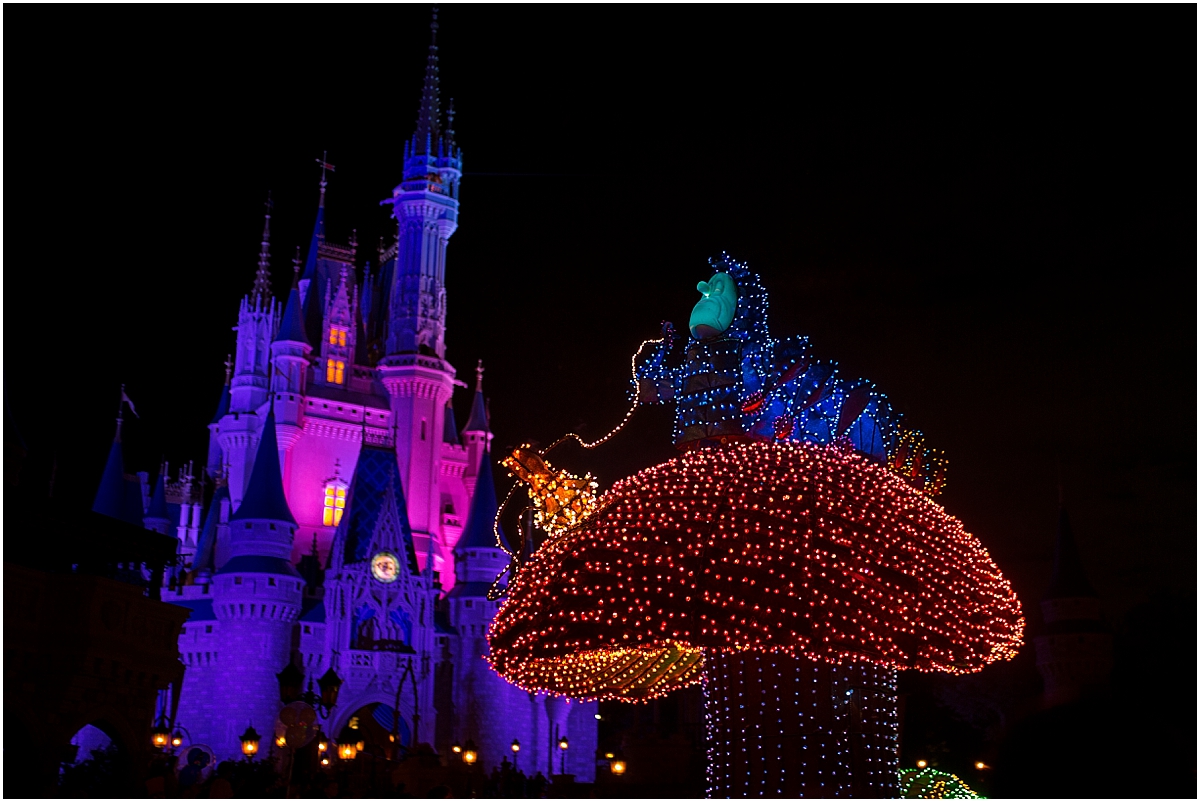 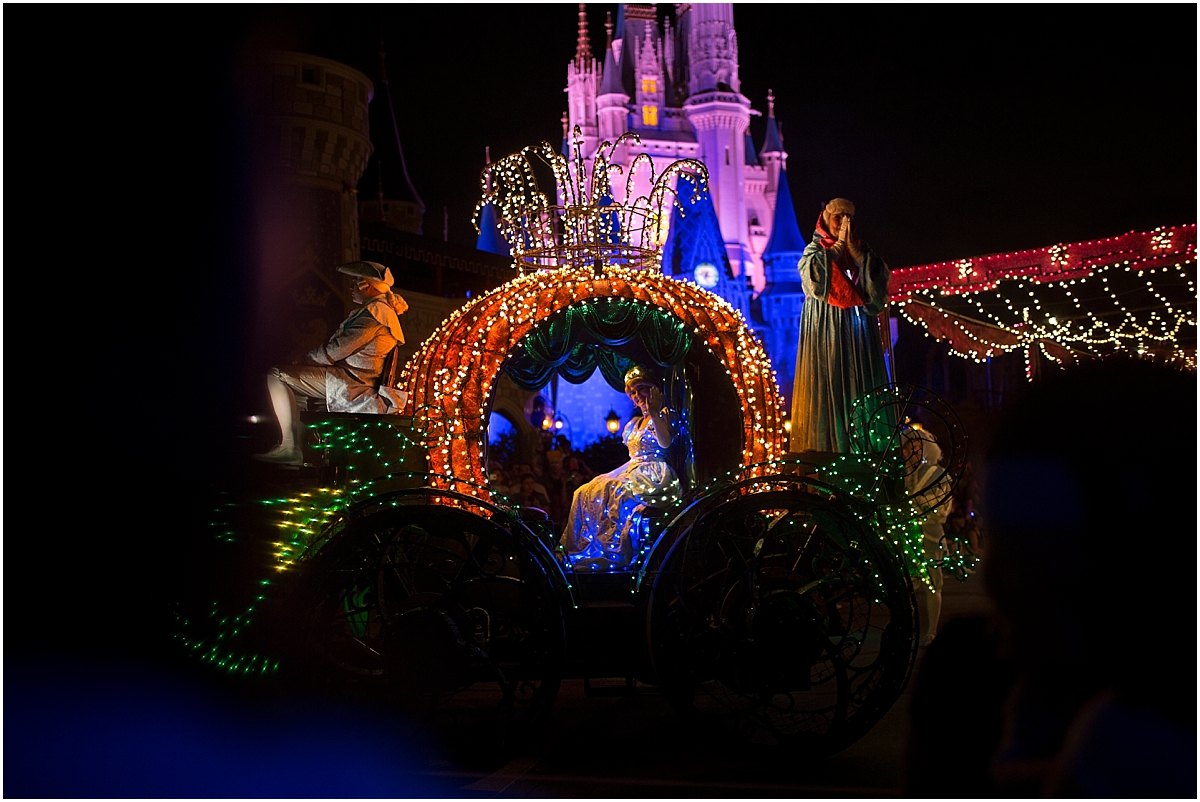 The Main Street Electrical Parade will be leaving Walt Disney World this fall and I am so happy the boys endured the day long enough to see it. They were mesmerized by all of the lights and dancers. Loved seeing their little faces sparkle. Later on that night, while the Wishes Fireworks display were going on, I think Will got a bit scared, but overall I know that this was the one part that caught their attention the most.

Stay tuned tomorrow for more pictures of our Disney trip with the boys. Thank you for reading and I hope your Labor Day weekend was also filled with adventure!