Hollywood Studios with my twin toddlers

Our second park visit was to Disney’s Hollywood Studios. D’s favorite. Mainly because of Star Wars, but also because of his favorite rides (The Twilight Zone Tower of Terror & Rock ‘n’ Roller Coaster). I’m not going to pretend like I’m not into it as well, but leave me at the princess and princes park all week and I’m a happy camper. The weather that day was off the charts one of the hottest days of the year in Orlando. The boys don’t do very well in the heat, so I knew it would be “one of those days” for us. We tried to keep our time outside as minimal as possible and bought them spray fans to cool off. They LOVED getting sprayed or wetting everyone else so it was a big hit.

My favorite part of our day was while at the character greet meeting Chip & Dale, the boys felt as if they were right at home. They didn’t run away or try to get carried… they actually felt 100% comfortable. So much so they kept giving off kisses and my momma heart just about melted.

Here are some highlights from our day at: 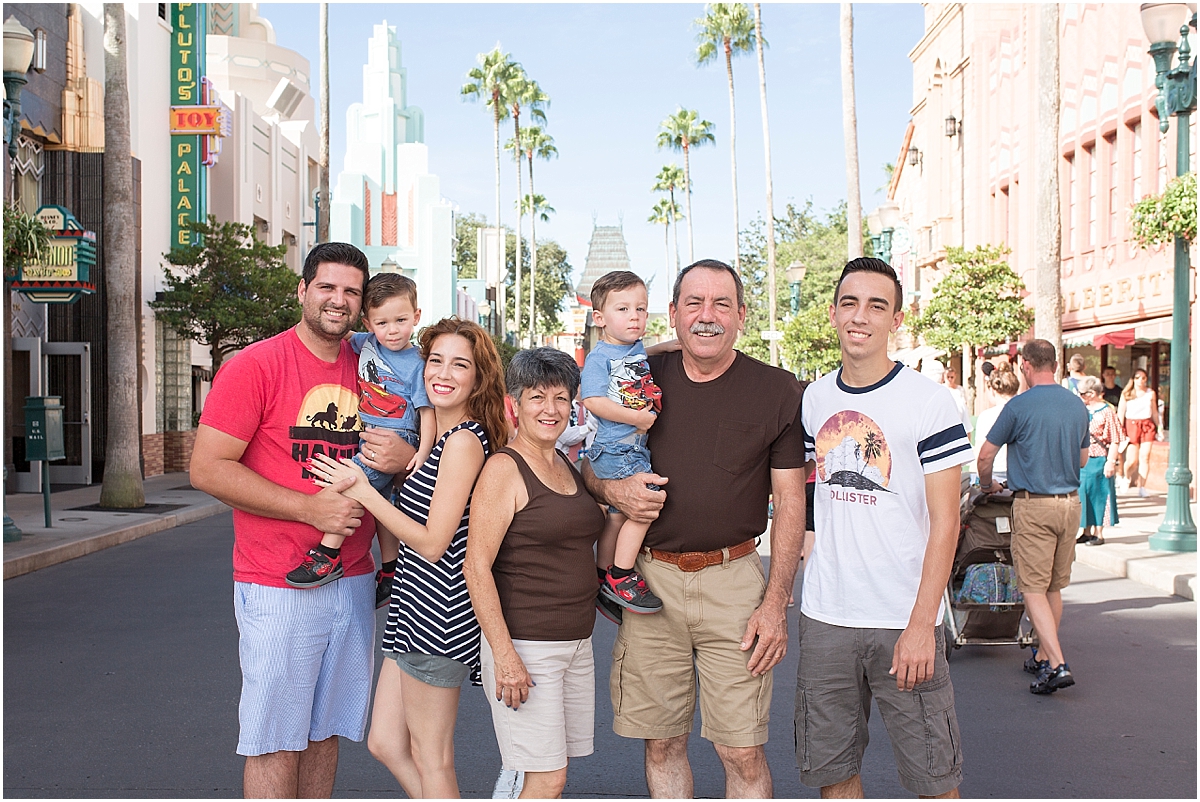 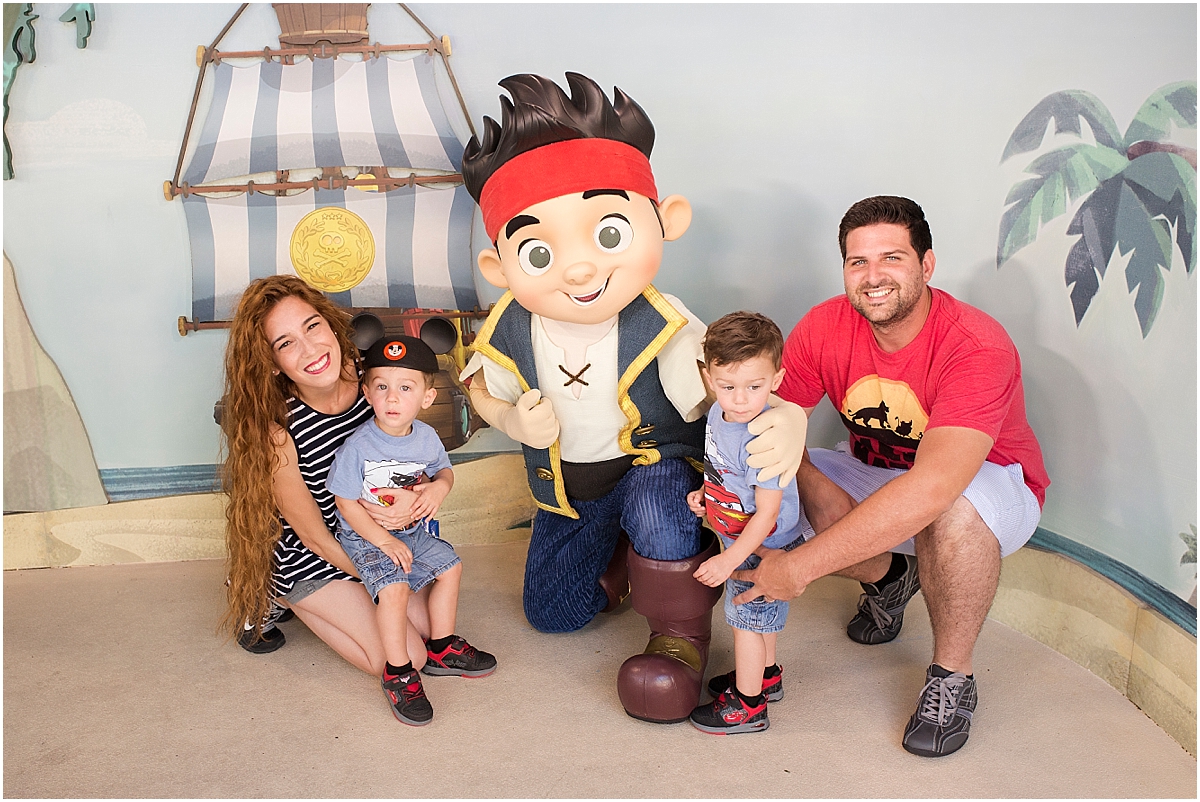 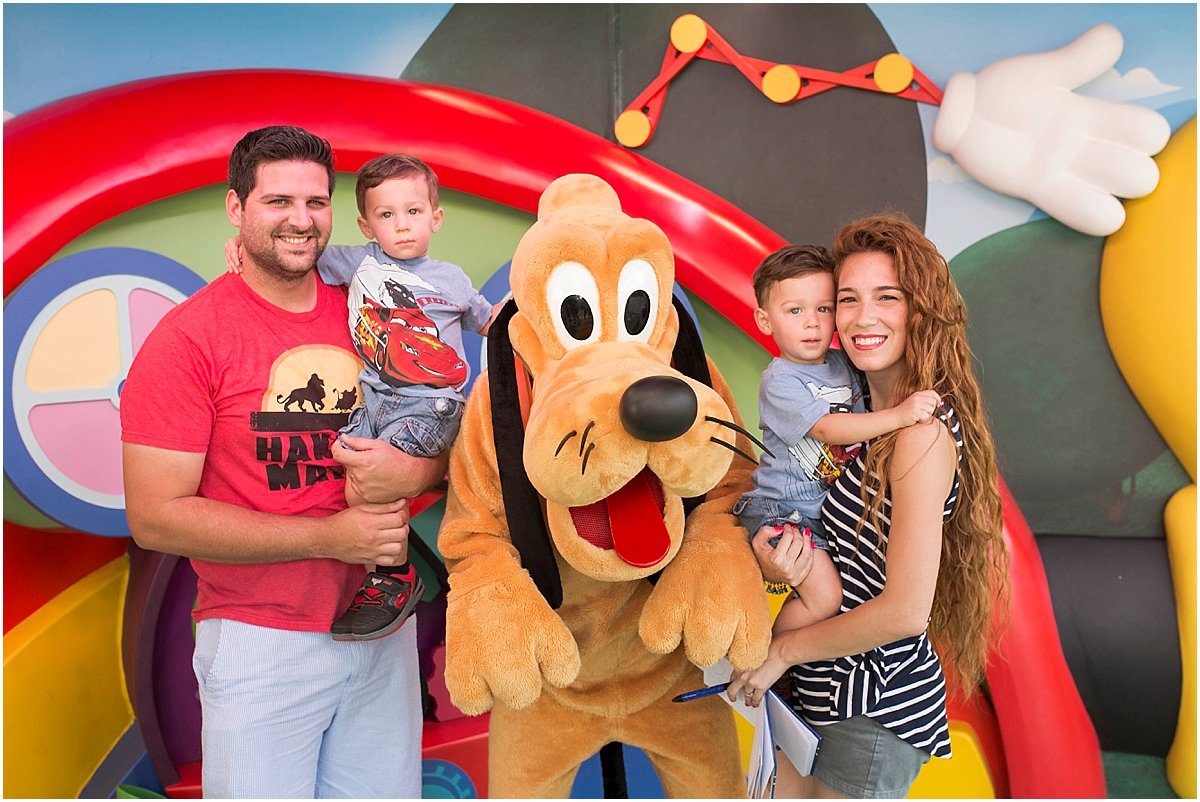 Meeting Pluto twice was such a treat… the boys were all like, “Hey I know you…” or maybe its just because he’s a dog and they actually know what those are: guaw-guaw. 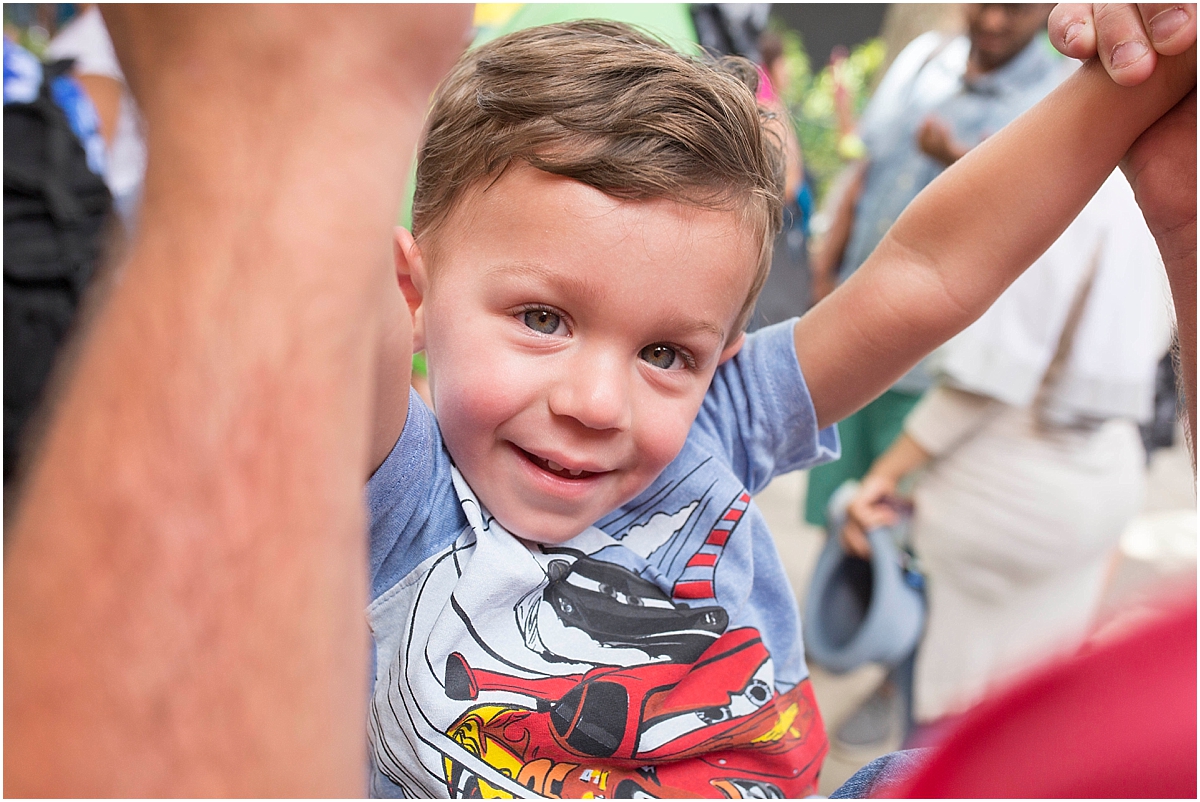 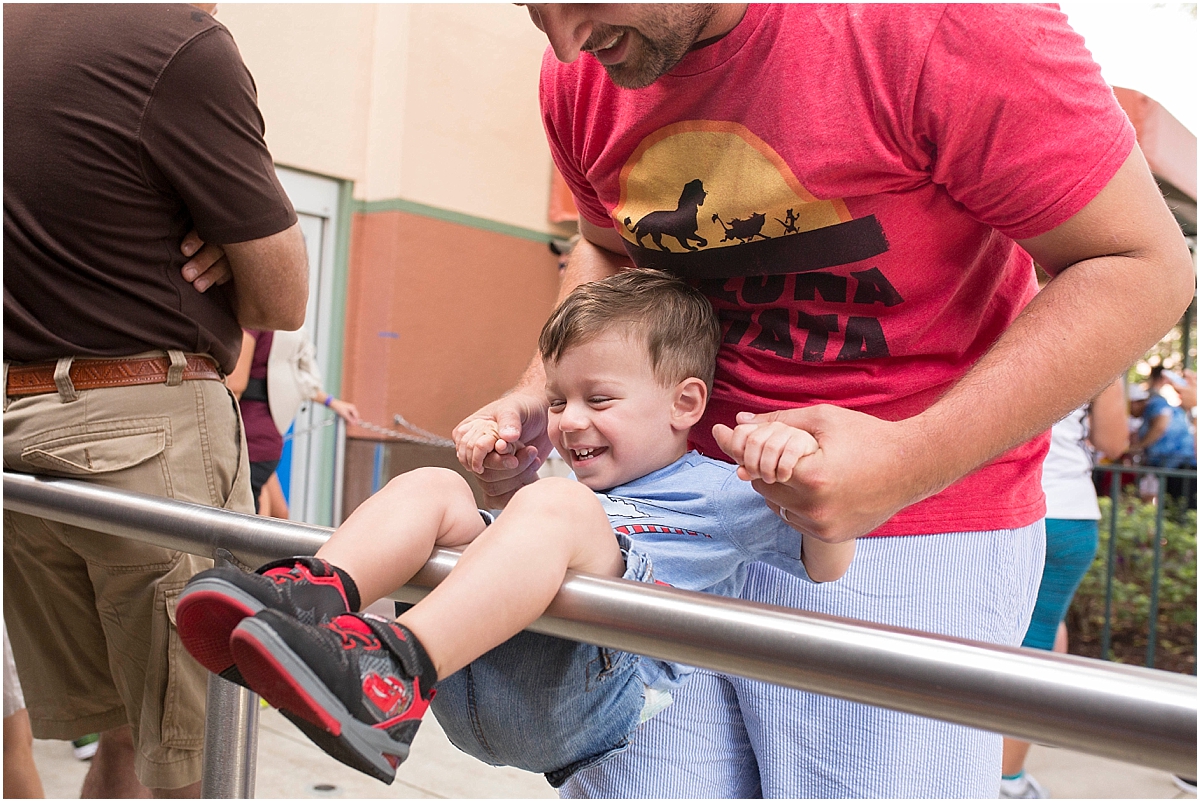 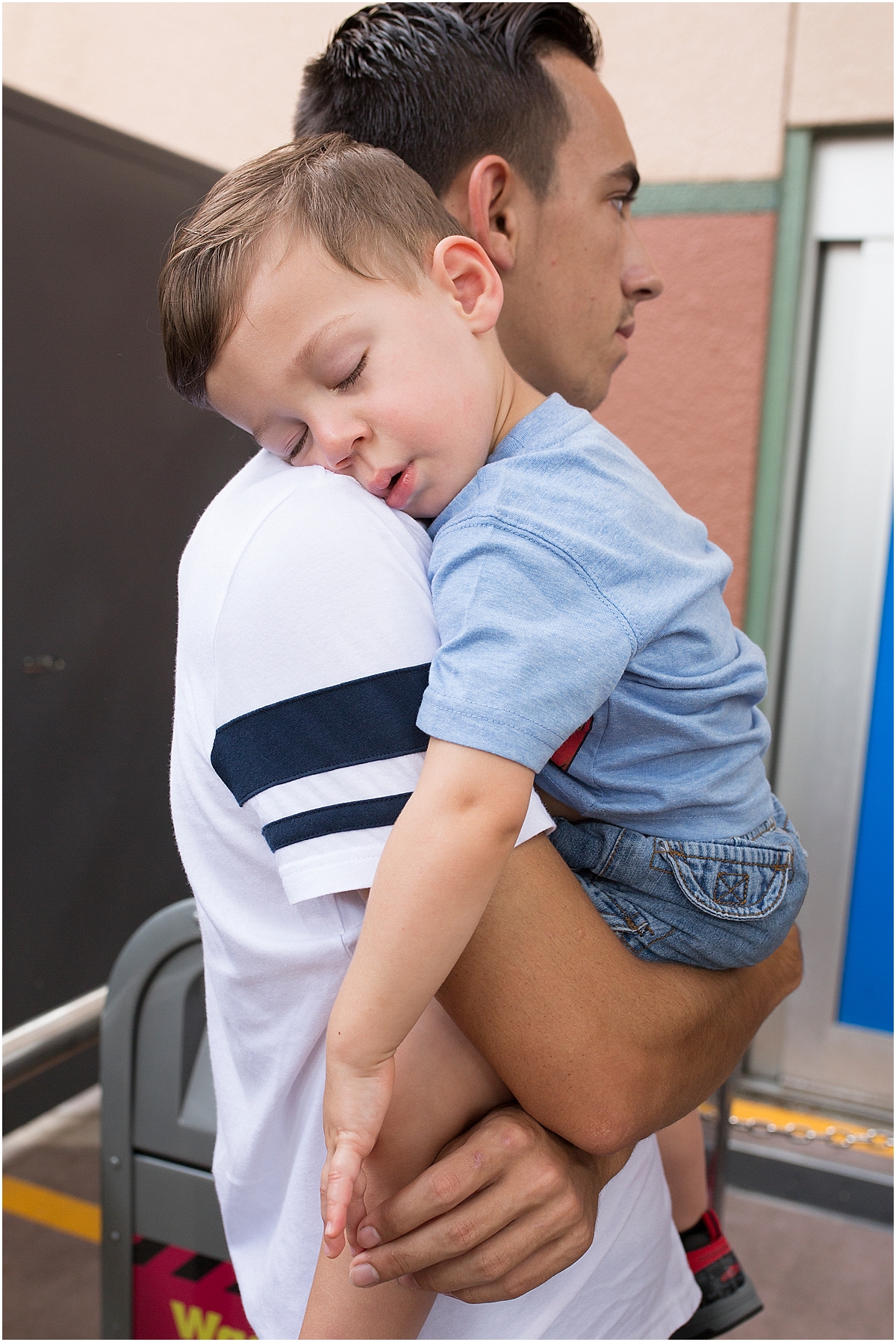 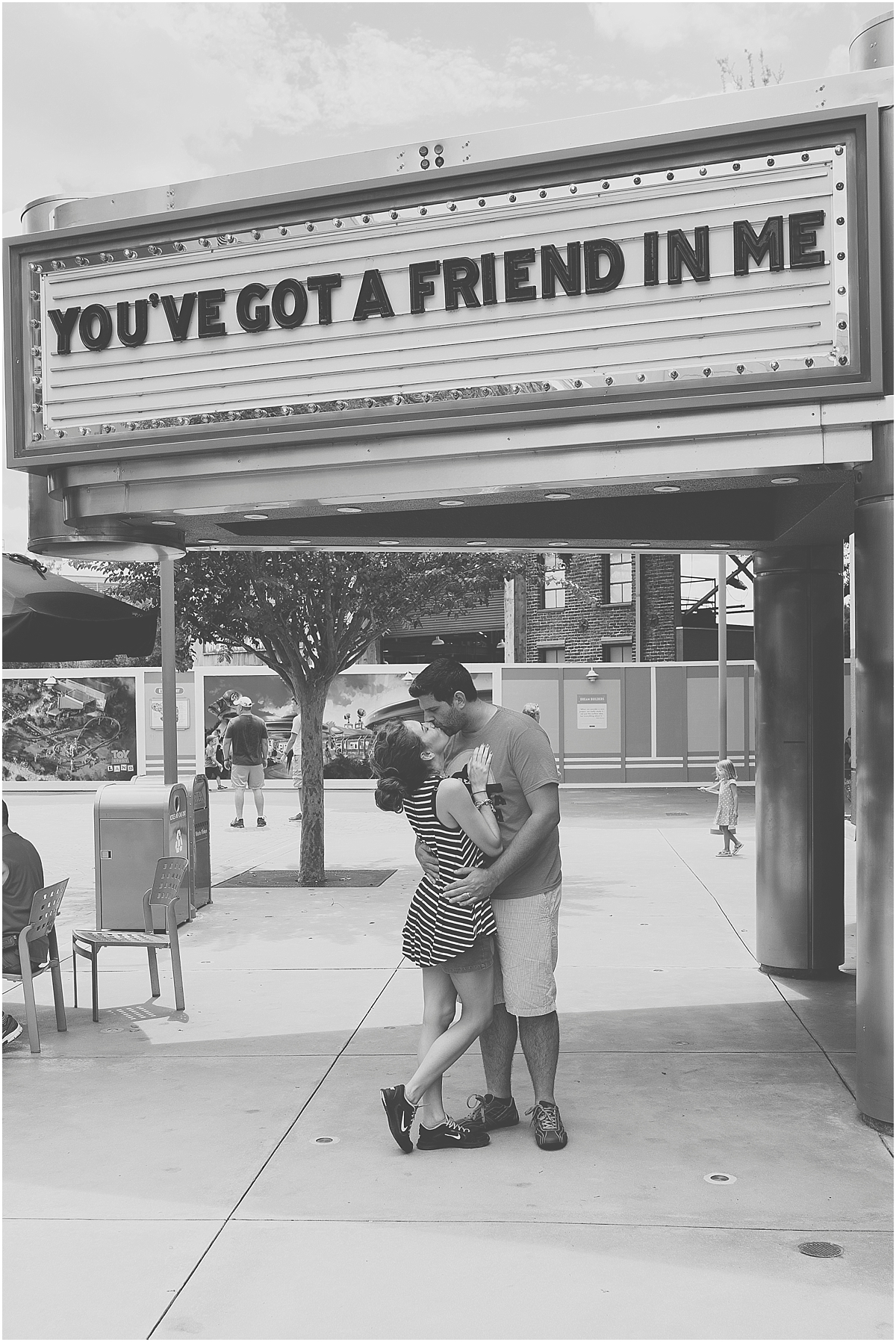 One of the things that I kept worrying about while packing for Disney was which stroller(s) to bring to the park this time around. Our first time at Disney while the boys were four months old we brought along our twin stroller and loved it. But now, given that they were older, and it was summer time I wasn’t quite sure if bringing two separates would be better. I trusted my gut and brought the double and I’m so glad we did. Sure the Baby Jogger City Mini Double GT is a monster to carry onto the trolly bus at the parking lot, but once you get to the actual park, its a no-brainer. The boys can take a comfortable nap reclined all the way flat, they can both see everything that is going on equally, and the most important one of all for me, no fighting. I have always felt that if they were to have one of those where there is one baby in the front and one in the back, the back baby would be kicking the front baby. Side by side is the way to go for us. Parking it for the rides was a breeze, I always found a spot for it. And it lugged around all our stuff plus the stuff we bought along the way. 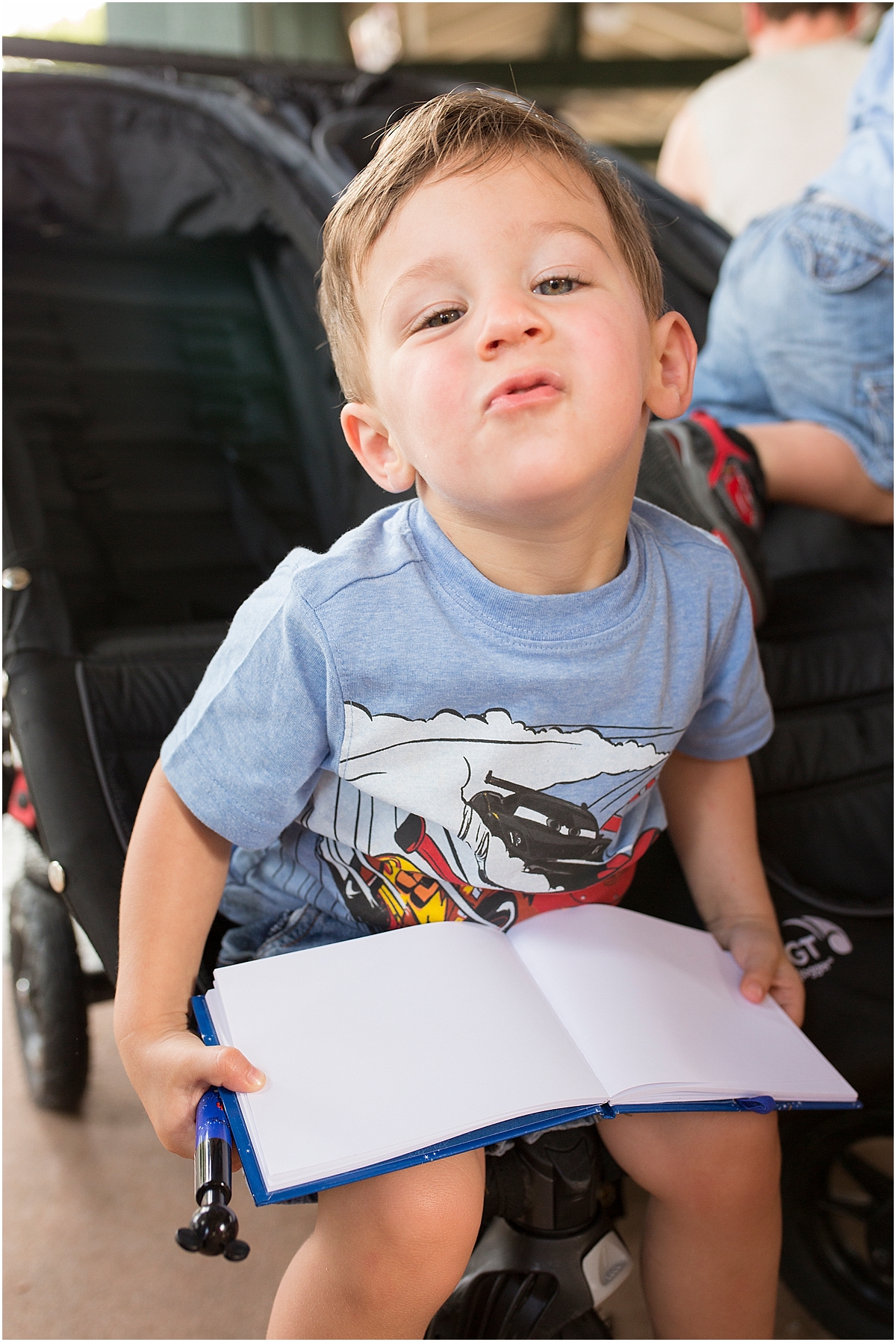 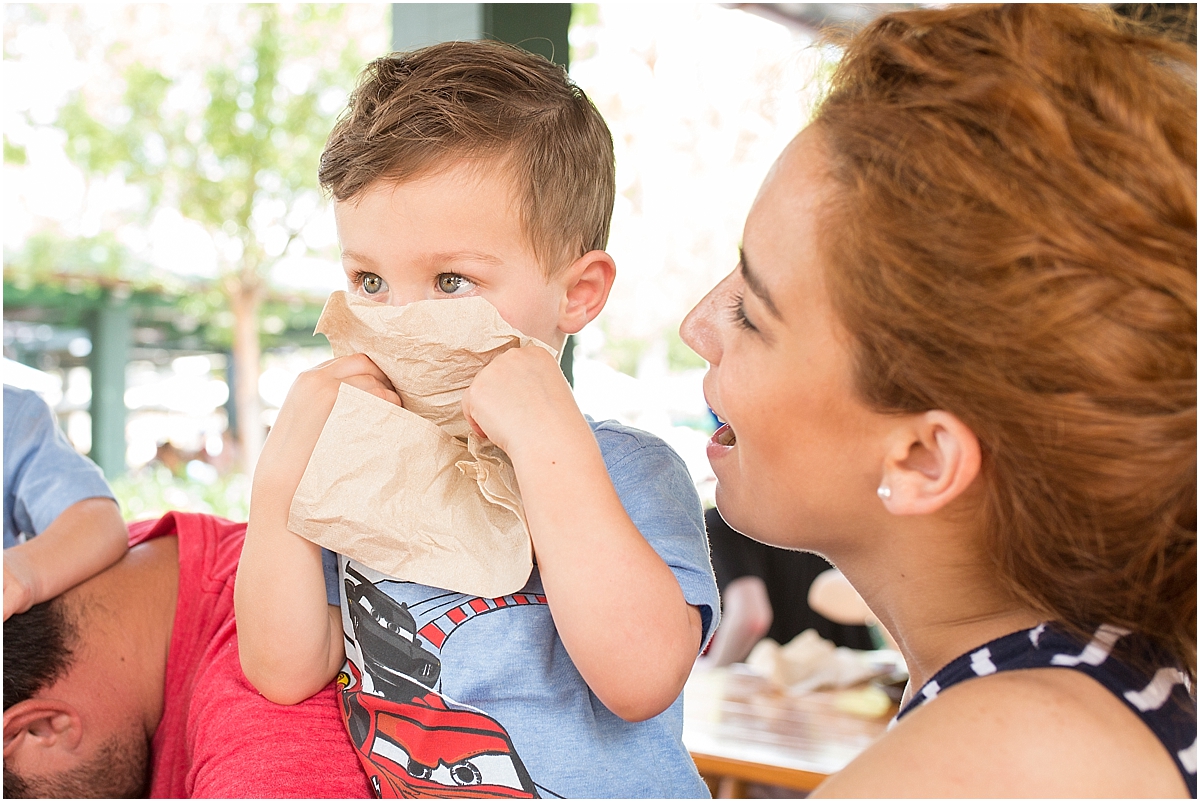 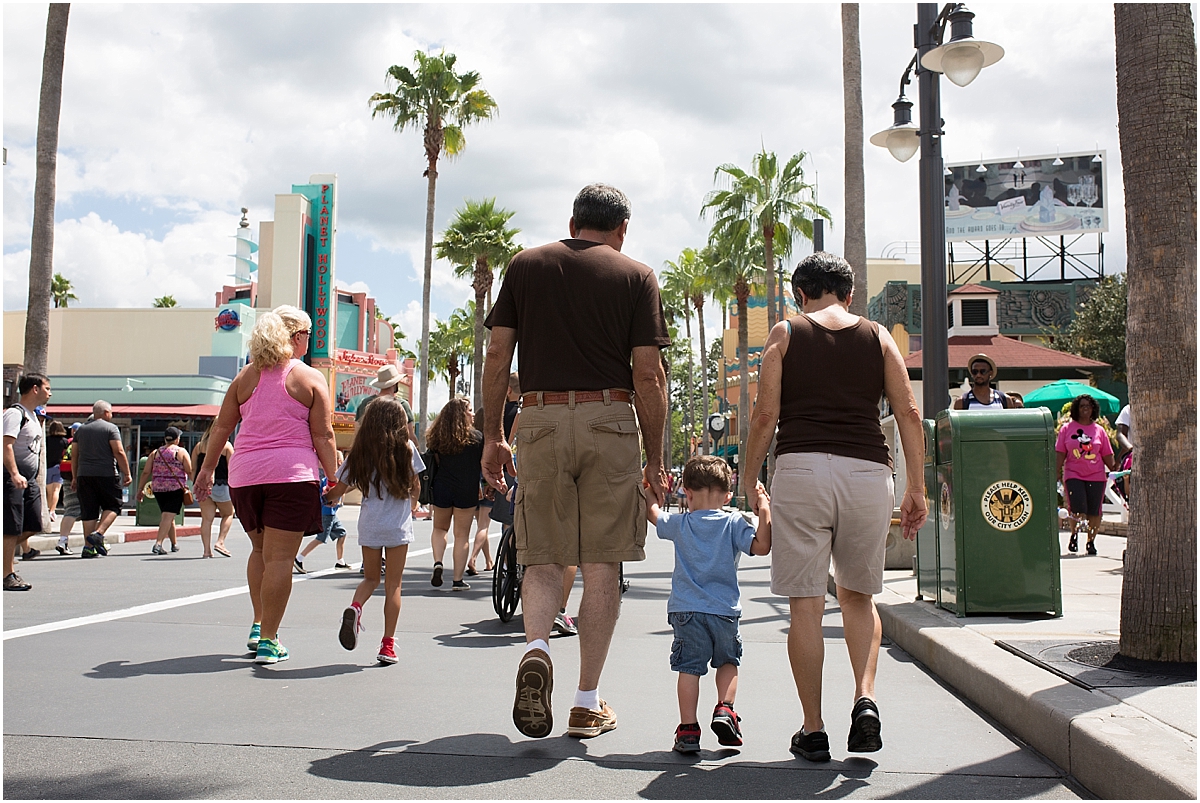 Cars is the boys favorite movie, quickly followed by Finding Nemo. Everywhere they see a car… CARRRR. Or like William says it, carcar. 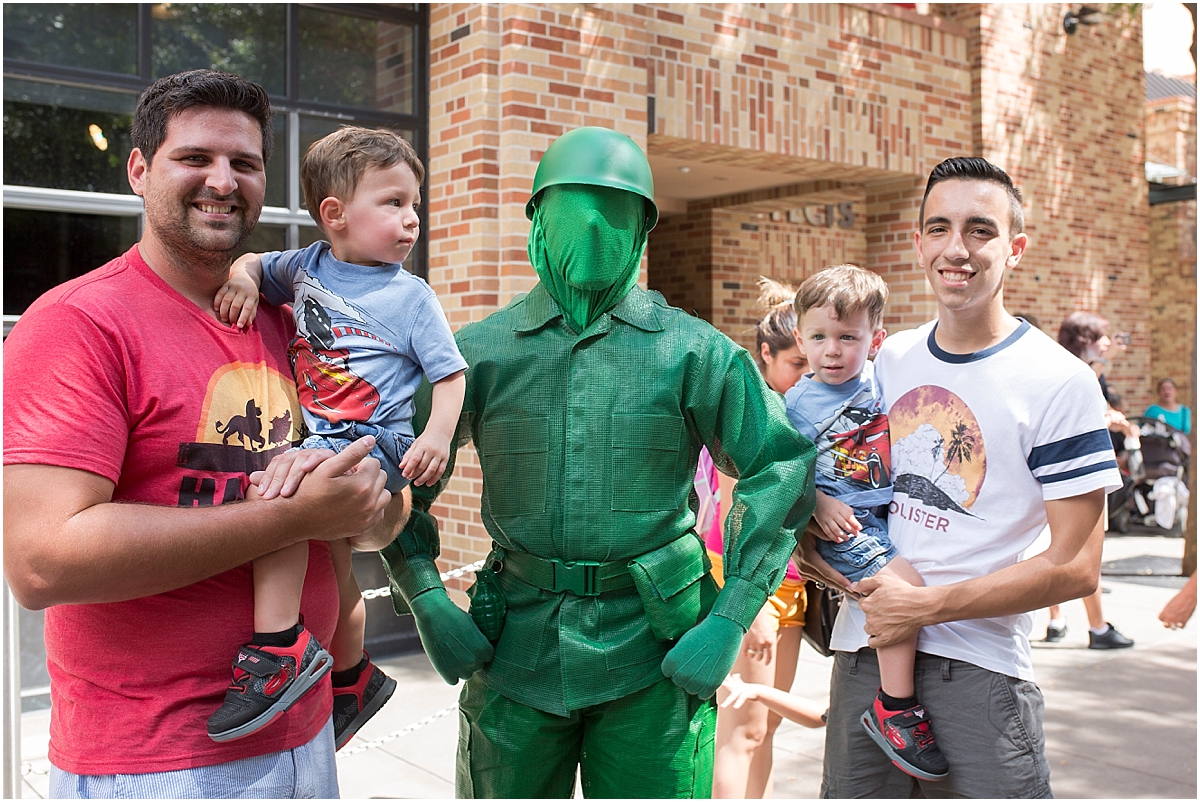 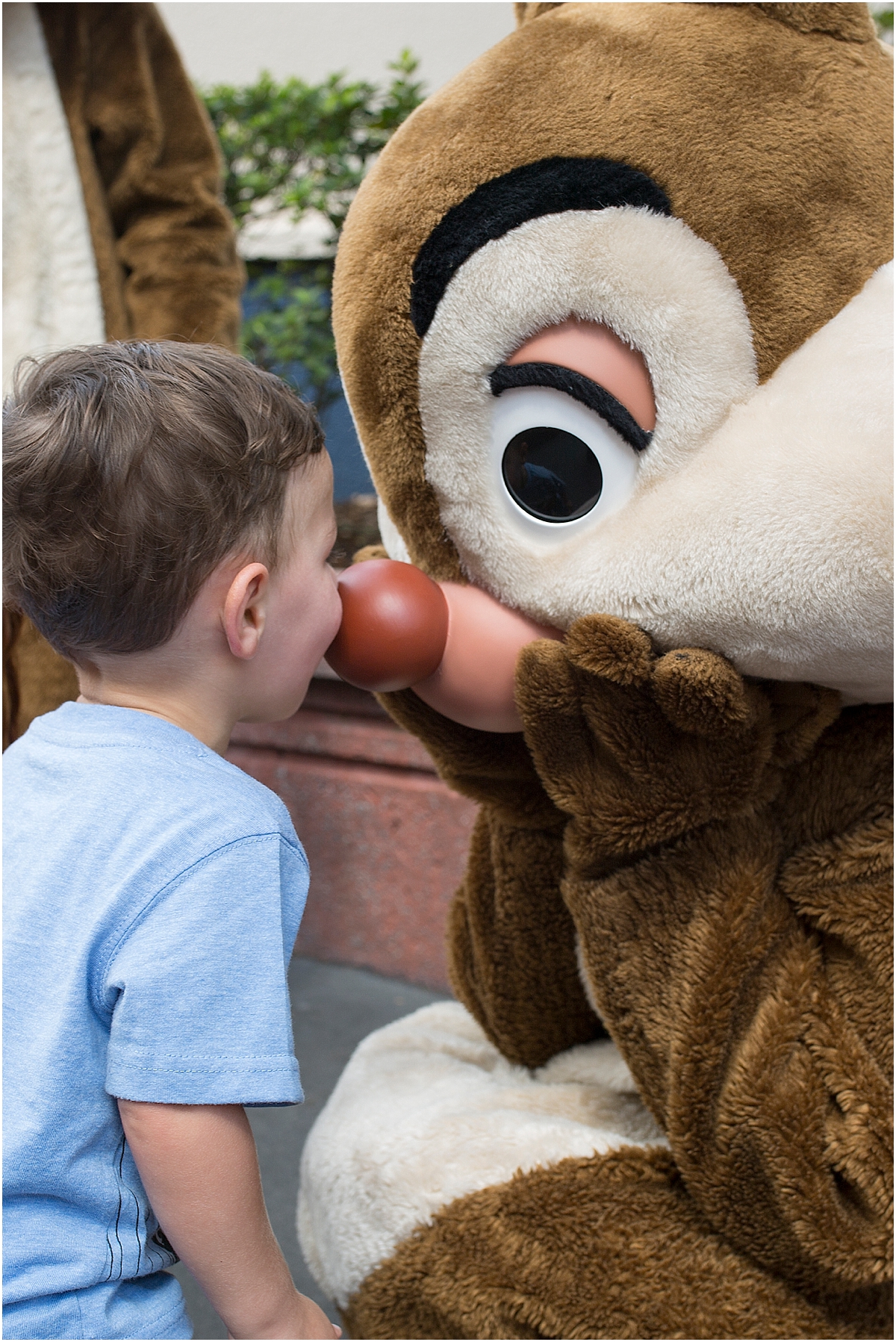 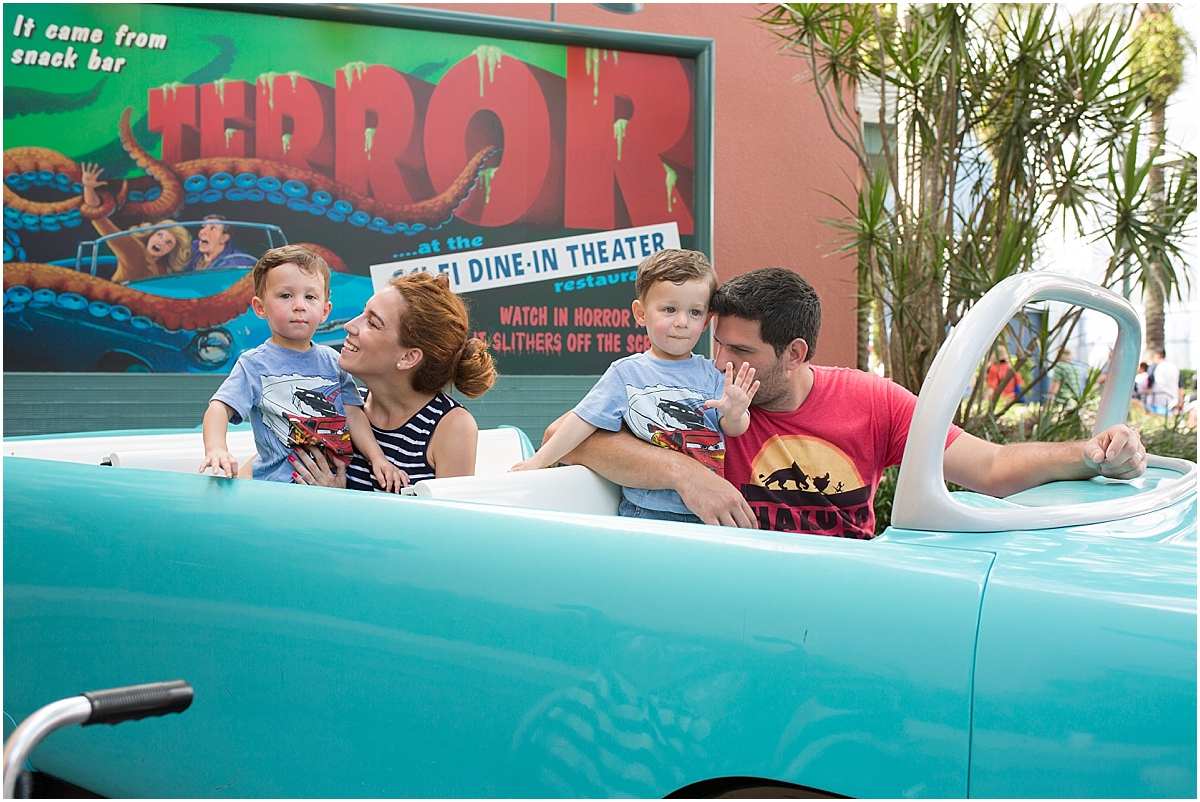 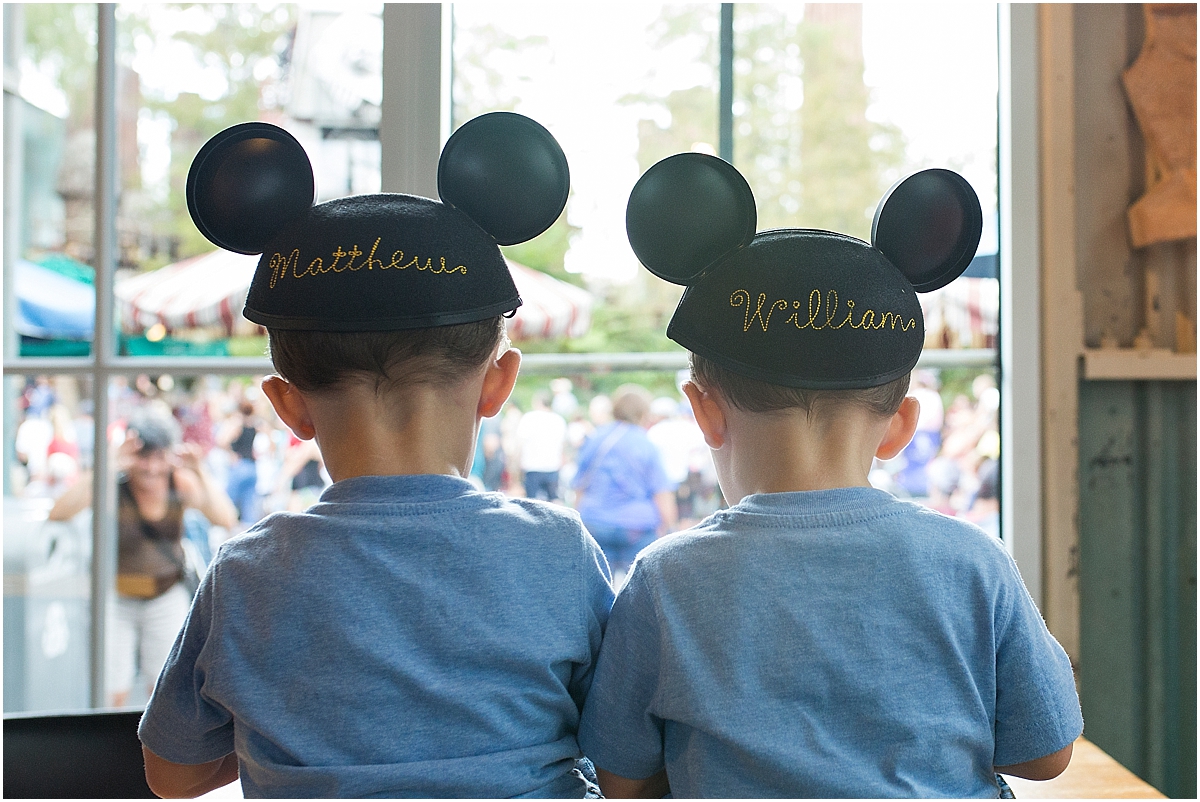 At about 6pm the rain started and quickly ended our day at Hollywood Studios. We tried waiting it out but it was literally raining cats and dogs. We hadn’t brought enough ponchos/rain gear for everyone so ended up purchasing some at the park. They sure know how to get you with them ponchos on rain day… do yourself the favor and buy them before hand somewhere else. Not only will you save yourself some money but the hassle of waiting in a crazy line at the shops to get them. 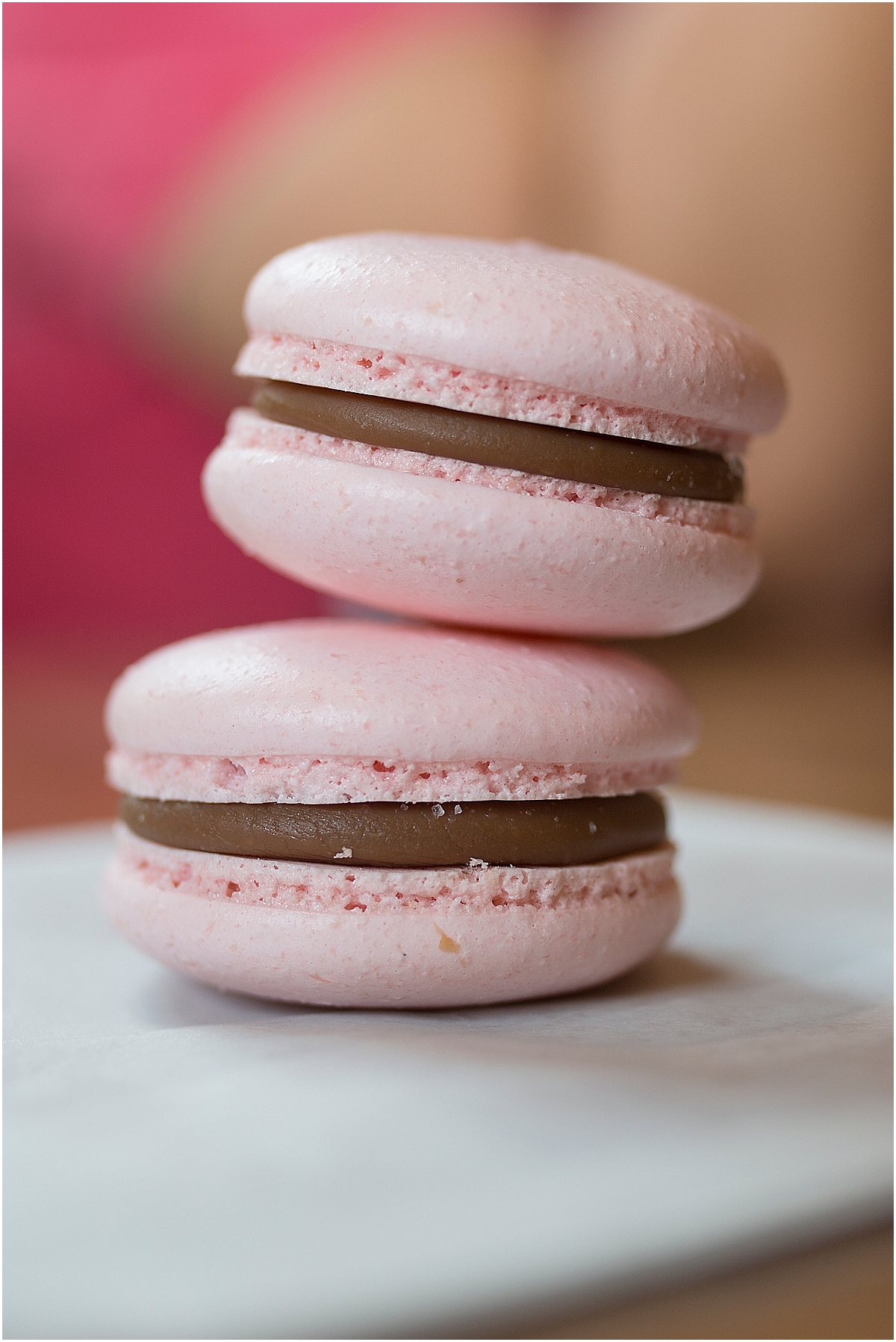 These macarons were my favorite thing I had the whole Disney trip. We had ourselves a little stop at Amorette’s Patisserie before coming home. Since our trip was almost cut in half, we will be returning real soon. Yay! more Disney. I’m not quite sure if it will be the same kind of experience since my family was just about fed up with my camera as always, but I will try to still document our trip without anyone removing the fun of it all. It’s so sad that they aren’t all photography lovers. Sam however, deserves a million macarons for being my right hand through all of this. Almost every single picture that I didn’t capture myself, he shot, in case you were all wondering. And to make it extra special, (for us anyways) we did our first family video. Bit and pieces of our two days at Disney. The boys have LOVED watching it over and over as I put it together today.

Let me know what you guys think and if we should switch it up more often and record the boys instead of photographing them for #twintuesday. As always, thank you for reading and keeping up with our family adventures!